Shares of Chinese electric-vehicle maker NIO (NIO 9.49%) were trading higher on Friday, after a Wall Street analyst initiated coverage of the company with a bullish note.

Heung wrote that he likes NIO for its "Tesla-like top-down approach" to product cadence. NIO, like Tesla (TSLA 7.43%), started with a premium product (the ES8 three-row luxury SUV), followed by more "consumer-friendly models" (the five-passenger ES6 and EC6 crossovers). The idea is that the profits from the more expensive models will help fund the development of more affordable models over time. 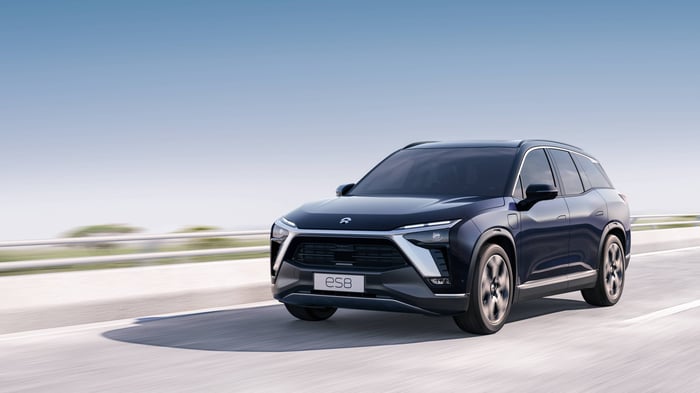