Please ensure Javascript is enabled for purposes of website accessibility
Log In Help Join The Motley Fool
Free Article Join Over 1 Million Premium Members And Get More In-Depth Stock Guidance and Research
By Dave Kovaleski - Jan 24, 2021 at 7:00AM

A low price isn't always a great opportunity, but there's a lot to like in these two companies.

Just because a stock is available at a low price, that doesn't mean it's a good value. A stock that's trading around $5 or less that doesn't exhibit growth characteristics or represent a value opportunity is not worth much. But when you can find stocks in this price range that do offer growth potential, they are worth considering. Here are two such stocks, both trading around $5 per share or less, that are poised to surge this year and beyond.

One cheap stock to keep an eye on is LiveXLive Media (LIVX 10.78%). The stock has surged about 147% in the past year and is up about 24% year to date. LiveXLive offers a platform for livestream and on-demand digital audio and video as well as podcasts. The platform can be accessed on the internet or through smartphones via the LiveXLive mobile app, and also allows users to create their own customized music stations. 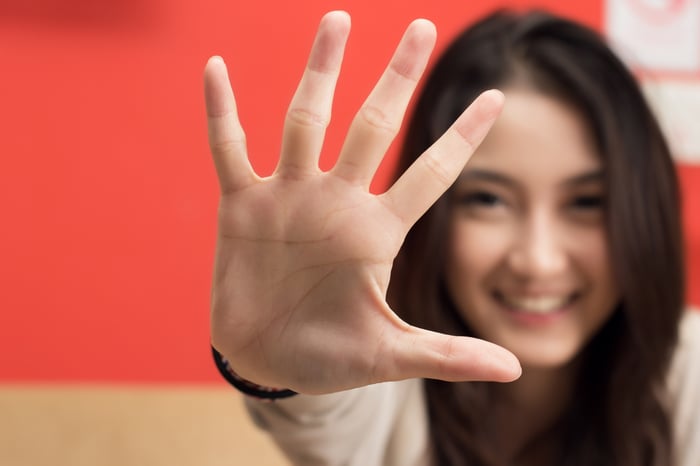 Like some of its competitors, LiveXLive offers free access levels supported by ads, as well as a subscription service without ads. The company gets about 53% of its revenue from subscriptions, 39% from advertising and sponsorship, and 8% from pay-per-view concerts.

In the quarter that ended Sept. 30 (the second quarter of its fiscal 2021), LiveXLive saw revenue increase 52% year over year to $14.6 million -- the company's 10th straight quarter of record revenue. Also, the contribution margin, which is revenue after covering fixed expenses, jumped from 11.8% to 29.3%. The revenue gains were driven by a 21% increase in subscriptions, which now total over 1 million. Subscriptions and advertising revenue were both buoyed by LiveXLive's booming livestreaming business.

LiveXLive has carved out a nice niche connecting artists to fans through events, interviews, album listening parties, podcasts, and more. In the past two quarters, LiveXLive livestreamed 103 concerts and other events -- featuring Pitbull, Darius Rucker, K-Pop band Monsta X, Billy Joel, Billie Eilish, and Bon Jovi, and more -- that racked up more than 95 million views. In the same period the previous year, the company only streamed 22 events, which generated over 60 million views. The livestreaming of concerts has rapidly accelerated during the pandemic as people have sought an alternative to attending live shows. Since January 2020, the company has livestreamed over 1,500 artists in various forms.

Also, the LiveXLive pay-per-view service, which launched in May of 2020, had already generated 8% of total revenue in just six months, and is poised for strong future growth as live, in-person concerts remain dormant.

The company expects revenue of $63.5 million to $69.5 million for fiscal 2021, with an annualized contribution margin of 30% to 35% and an operating loss of $2.5 million to $5 million. That would be down from an operating loss of $7.1 million in the last quarter. While the company is currently not profitable, that should come as it continues to generate revenue, improves its margins and cash position, and positions itself at the forefront of what CEO Rob Ellin (who owns roughly 20% of shares outstanding) calls a "paradigm shift to livestreaming and one that will continue well after COVID."

WisdomTree Investments (WETF 1.21%) is an asset management firm that specializes in exchange-traded funds, or ETFs. The company has close to 70 different ETFs in every investment style and strategy imaginable, including domestic, international, emerging market, and ESG equity, as well as fixed income, alternative, asset allocation, and thematic. It has $68.7 billion in assets under management, including about $40 billion in U.S. ETFs and $28 billion in international ETFs.

The company had a good year in 2020, with the stock returning 14%. Assets under management increased about 8% in the calendar year, and adjusted net income was up 3.7% year over year to $11 million. The company has an excellent operating margin of 23%.

WisdomTree is not only an ETF specialist, but an innovator that uses proprietary methodologies to create customized, transparent ETFs based on earnings and dividends, among other factors, that seek to deliver "modern alpha" -- the company's term for alternative weighting and active management strategies that seek to beat passive ETFs. Many of these innovative ETFs have outperformed, ranking among the best in their class, and should be in a good position to continue WisdomTree's success as ETFs gain in popularity over the next decade.

While ETFs are WisdomTree's sole focus, it's a niche that is expected to continue to grow. A late 2019 report by analysts at Bank of America projected ETF assets to grow to $50 trillion by 2030. Assets are currently at about $5 trillion.

Keep in mind, these are both small-cap stocks, which generally carry higher levels of risk. However, both LiveXLive and WisdomTree Investments both seem to be poised for sustained growth.