Please ensure Javascript is enabled for purposes of website accessibility
Log In Help Join The Motley Fool
Free Article Join Over 1 Million Premium Members And Get More In-Depth Stock Guidance and Research
By Keith Noonan - Updated Jan 25, 2021 at 9:57AM

Count on the Chinese media conglomerate to continue shaping the gaming industry.

Tencent Holdings (TCEHY 2.46%) is one of the world's biggest entertainment and media companies, and the Chinese tech giant is in the midst of a years-long push to buy up video game companies. A recent report from news website TMT Finance suggests that Tencent may have its eye on some of the biggest U.S. gaming publishers, namely Electronic Arts (EA 0.96%) and Take-Two Interactive (TTWO 2.75%).

EA and Take-Two are titans in the American gaming industry, with market capitalizations of roughly $43 billion and $24 billion, respectively. A move from Tencent to acquire either publisher would be an industry-shifting development. 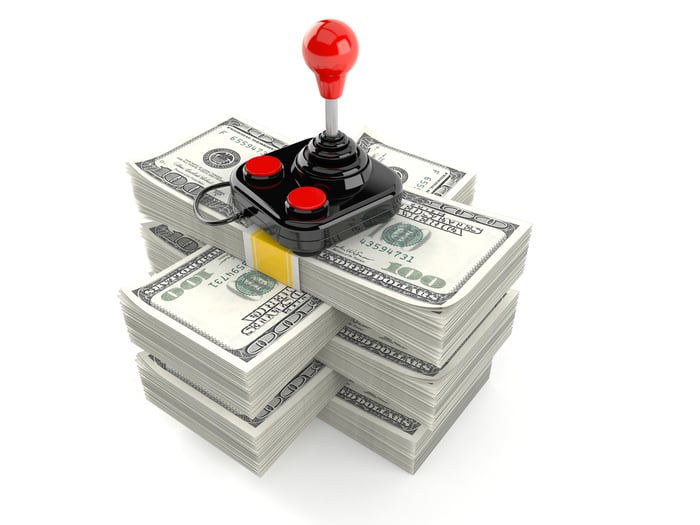 It's still unclear whether Tencent will mount a serious push to purchase either EA or Take-Two. Some sources in the TMT Finance report suggest that major South Korean developers including Netmarble and Nexon may be more likely acquisitions targets in the near future. Either way, Tencent will almost certainly continue to make big purchases in the gaming industry.

Video games have levels of engagement that trounce nearly every other entertainment medium, and some gaming companies could see growth opportunities extend beyond their current core businesses. Take semiconductor company NVIDIA, for example. The transition from specializing in graphics processing units for high-end gaming experiences, to providing hardware for data bases, artificial intelligence, and machine vision redefined the company and powered incredible stock gains.

In addition to thriving core businesses that have big room for growth, top gaming companies may be able to tap into trends including artificial intelligence, augmented reality, and e-commerce. The future for gaming and interactive media remains very bright, and Tencent's investment in these categories could have huge payoffs over the long term.