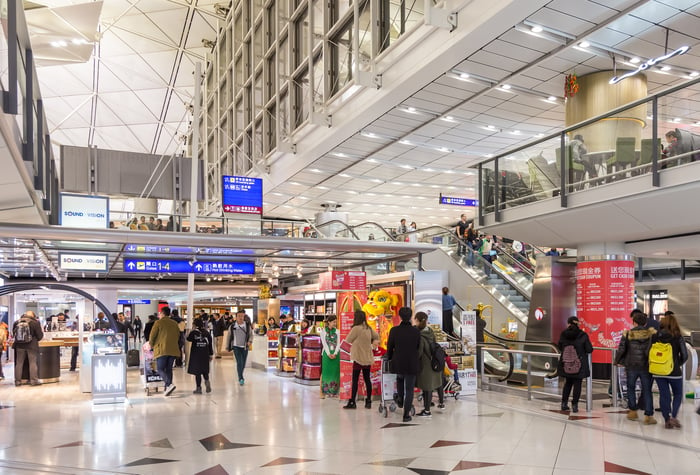 The company said that construction had begun on a COVID-19 testing facility in Houston's George Bush Intercontinental Airport and it was also building out a second facility at Newark Liberty International Airport.

XpresSpa expects the facilities to open in the coming weeks. CEO Doug Satzman said, "We are pleased to leverage our existing relationship with United Airlines to bring new XpresCheck testing facilities to Newark and Houston," and added, "Our ability to provide trusted test results within an airport setting is providing people with an added layer of security and comfort as their demand for travel increases."

The announcement comes on the heels of an opening last week in Salt Lake City and as Satzman said earlier this month that the company had expanded its partnerships with airlines such as JetBlue Airways, Hawaiian Airlines, and United.

The news shows the company gaining traction on the testing strategy after its announcing its first location in New York's JFK airport last summer.

The pivot to coronavirus testing was something of desperation play for XpresSpa, which saw its business from massage and spa treatments in airports, dry up when the pandemic hit. The stock initially surged when it announced the testing facility, but the rollout has been perhaps slower and more limited than expected and the stock has faded since its earlier gains.

At this point, the testing facilities may be too little, too late as the focus in fighting the pandemic has moved to vaccines. Testing will still be necessary for several more months, leaving an opening for XpresSpa, but as a company typically focused on the travel sector, the company seems caught between two business models that aren't operable on a long-term basis.

Why XPresSpa Stock Popped and Then Dropped Today

Are We in a Stock Market Bubble? These 3 Stocks Say Yes