Please ensure Javascript is enabled for purposes of website accessibility
Log In Help Join The Motley Fool
Free Article Join Over 1 Million Premium Members And Get More In-Depth Stock Guidance and Research
By Alex Carchidi - Jan 26, 2021 at 6:12AM

He's a stickler for predictable and recurring revenue.

For most investors, Warren Buffett is the guy to beat. Thanks to his legendary stewardship of Berkshire Hathaway, the Oracle of Omaha is one of the world's richest people. But there's nothing inscrutable about Buffett's strategy for picking stocks, so copying it is often a profitable move.

In a nutshell, Buffett loves companies that have wide competitive moats and highly repeatable business models. Those with low overhead and minimal debt are also high on his list. Let's take a look at three stocks that Buffett would probably agree are worth an investment to see how his methodology is great at picking winners. 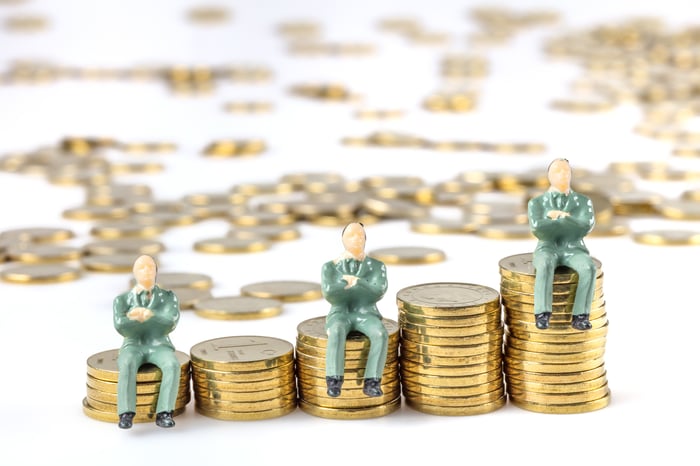 Medical supply companies like Retractable Technologies (RVP -2.38%) may not seem like exciting investments, but Warren Buffett would probably love to invest in this one nonetheless. It's profitable, has negligible debt, and its quarterly sales are growing more than 132% year over year.

Retractable's secret sauce is that it sells timeless products that every healthcare system needs, like syringes, needles, and blood collection devices. Even before the pandemic supercharged demand for the company's syringes as part of the push for mass vaccination, it could count on a steady stream of business. So, while Retractable doesn't have a competitive moat, its business model is very simple and also very sustainable. It's unlikely that any of its competitors will make syringes obsolete anytime soon.

And, since Retractable's products have the advantage of being safer for healthcare workers than competing products, it doesn't need to constantly invest in product development to maintain its revenue base in the long term. Hospitals need syringes and blood collection sets every day, and they aren't expecting tomorrow's supplies to be superior to the ones they bought today. In sum, there's a lot for investors like Buffett to appreciate.

Pfizer (PFE -1.83%) is a bit of an oddball pick for Buffett, because pharmaceutical companies tend to have high research and development (R&D) costs, significant capital expenditures, and no competitive moats to speak of, aside from their intellectual property (IP). And, with more than $63 billion in debt against only $10.3 billion in trailing-12-month free cash flow, Pfizer is somewhat more indebted than Buffett might prefer, even if the load is quite manageable and the company is profitable. So, why did Buffett invest in Pfizer in November 2020?

It's impossible to say with complete certainty, but I'd bet that Pfizer's coronavirus vaccine has something to do with it. While it's unlikely that the company will stop investing in its vaccine candidate, it's extremely likely that it'll be experiencing revenue from the vaccine's sales for years on end. Even as the pandemic recedes, demand for vaccines against the coronavirus is going to remain high, potentially for years or even decades. Thus, Pfizer does have at least one important Buffett quality: It's safe to say that the company will be competitive for the foreseeable future.

The online payment processor PayPal Holdings (PYPL -3.22%) has all the trappings of a traditional Warren Buffett stock. It has the twin moats of a widely recognized brand and network effects that make it a contender to become the go-to for payment processing. Plus, it doesn't need to innovate whatsoever to extract a toll from everyone using its platform -- every time someone sends money or cashes a check with PayPal or Venmo, the company gets a small cut. The computers and servers required to run the service are hardly expensive to purchase or maintain, so capital expenditures are low.

What's more, Buffett also has a long-standing affection for a company that pioneered a similar business model, American Express. The one thing that might make Buffett balk is a lack of domain knowledge regarding online payment processing. He's notoriously reluctant to invest in businesses he doesn't understand, so the gritty details of PayPal's technology platform could be a sticking point. On the other hand, PayPal's business model itself is dead simple, so I wouldn't be too surprised if he -- and the rest of the market -- become especially excited about the company in the near future.