Please ensure Javascript is enabled for purposes of website accessibility
Log In Help Join The Motley Fool
Free Article Join Over 1 Million Premium Members And Get More In-Depth Stock Guidance and Research
By Howard Smith - Jan 26, 2021 at 11:48AM

President Biden announced support for accelerating the move toward electrification in transportation.

Shares of stocks in the electric vehicle (EV) charging sector are moving higher Tuesday. The double-digit bounce was spurred by two different public comments made yesterday.

As of 11:30 a.m. EST, shares of two special purpose acquisition companies (SPACs) that will be merging with EV charging companies spiked. Shares of TPG Pace Beneficial Finance (TPGY 0.00%), which will be bringing EVBox public, were 15.3% higher. Climate Change Crisis Real Impact I Acquisition (CLII), which is combining with EVgo, saw its shares rise 11.7%. Shares of Blink Charging (BLNK -2.62%) also jumped 18.7%. 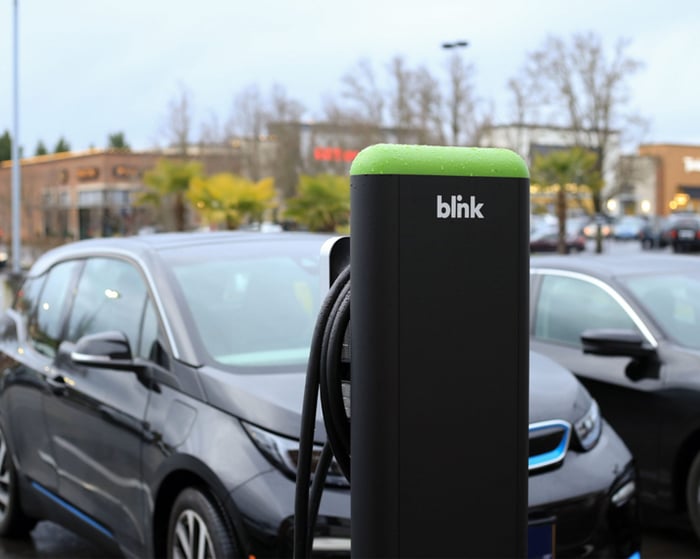 Last night, President Joe Biden signed a "Buy America" executive order, and highlighted his support for renewable energy at the same time. Biden said, "The federal government also owns an enormous fleet of vehicles, which we're going to replace with clean electric vehicles made right here in America, by American workers." The fleet of government-owned vehicles numbered 645,000 as of 2019, according to U.S. General Services Administration (GSA) data cited by Reuters.

EVBox owns Europe's largest EV charging station network, and has a total of over 200,000 charging ports in more than 70 countries worldwide. It also has a North American headquarters in Libertyville, Illinois, and recently brought its latest-generation charging stations to the U.S. and Canada. A buildout of stations in the U.S. could certainly benefit the company. It is for this reason that Cramer said he'd suggest buying shares in TPG Pace Beneficial. "If you want a charging station play, EVBox seems like the best of the bunch," Cramer said on his show.

EVgo focuses on the specific niche of DC fast chargers (DCFCs) in the U.S., and currently has 50% market share, according to the company. These stations are best suited for commercial applications where consumers are on the go, such as shopping or dining.

If Biden's support does result in a buildout of a nationwide network, it's likely that all charging station companies will benefit. However, investors should research the details of the EV charging companies and decide for themselves whether a company's focus area and its current valuation make it the right place for their money.