Abbott Laboratories (ABT -0.34%) made its shareholders quite happy last year with a market-beating stock price gain of 26%. And the healthcare giant got off to another good start in 2021.

The picture got even better on Wednesday when Abbott announced its fourth-quarter 2020 and full-year results before the market opened. Here are the highlights from that update. 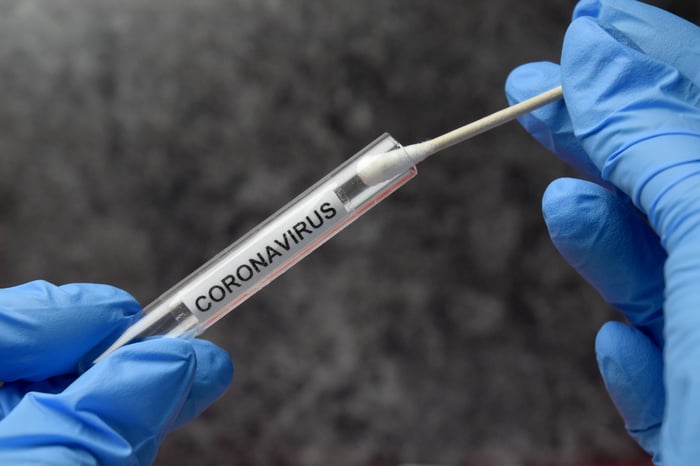 The company announced Q4 net income of $2.2 billion, or $1.20 per share, based on generally accepted accounting principles (GAAP). This was a sharp increase from Abbott's GAAP earnings of $1.1 billion, or $0.59 per share, in the prior-year period. Adjusted earnings per share (EPS) rose nearly 53% to $1.45, handily topping analysts' consensus estimate of $1.35.

Abbott's other segments posted more modest gains. Nutrition sales rose 3.6% year over year to $1.9 billion. Revenue from the medical devices segment increased 1.7% to nearly $3.3 billion. Established pharmaceuticals sales slipped 2.3% to $1.1 billion on a reported basis but increased by 3.4% on an organic basis, excluding the impact of foreign currency moves.

The company's total operating expenses in Q4 increased by 19% year over year. But with its revenue rising at a much faster rate, Abbott's bottom line improved considerably.

Abbott Labs appears to be a stock that will keep winning in 2021. The company expects EPS growth of more than 35% this year. Its guidance projects full-year 2021 adjusted EPS of at least $5.00, well above the average analysts estimate of $4.37.

Investors can also look forward to Abbott joining the ranks of the Dividend Kings -- that rarefied group of companies with at least 50 consecutive years of dividend increases. Abbott boosted its payout by 25% in December, bringing its streak of dividend hikes to 49 years. Assuming the healthcare giant delivers another bump in late 2021 (which seems likely), it will be promoted to the highest echelon of dividend stocks.