Please ensure Javascript is enabled for purposes of website accessibility
Log In Help Join The Motley Fool
Free Article Join Over 1 Million Premium Members And Get More In-Depth Stock Guidance and Research
By Royston Yang - Jan 28, 2021 at 7:12AM

A strong franchise and a healthy dividend track record are two attributes of a stock that you can own for a lifetime.

When contemplating the best types of stocks to buy and hold over the long term, a few attributes naturally pop up. One is the presence of a strong, durable brand that resonates with the general public, and another is the payment -- and steady increase -- of a dividend. If a business has a long history of growing its dividend, that implies that it has the ability and capacity to keep growing its net income, too.

Of course, it may be simplistic to just settle for these two core attributes, but I've learned over the years that they serve as an effective method for filtering out companies that don't make the cut for holding long-term. Adding yet another attribute to the mix, a long runway for growth accompanied by suitable catalysts, can help reassure investors that these businesses are suitable long-term holdings.

Here are three companies that satisfy the above criteria, whose stocks that you can keep for the rest of your life. 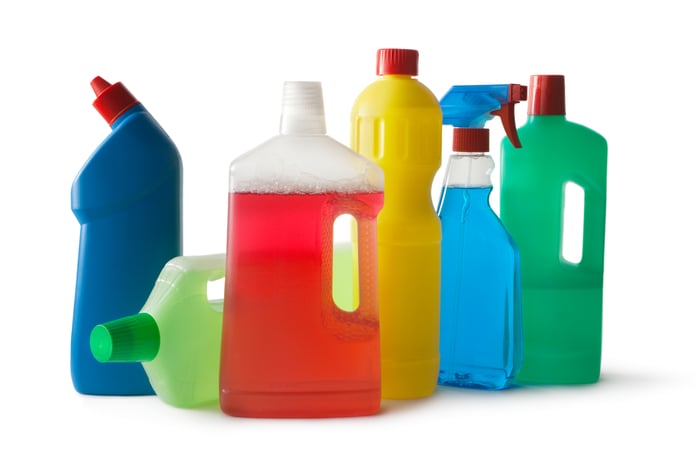 With the COVID-19 pandemic still raging, many businesses are starting to implement more stringent cleaning regimes to ensure their premises are properly disinfected. These new practices will surely benefit Clorox (CLX 1.58%), a manufacturer of consumer products that is well-known for its namesake bleach and cleaning products. Over 80% of the products in the company's portfolio are either the #1 or #2 brand in their respective categories, attesting to the strength of Clorox's portfolio.

Clorox has consistently demonstrated strong financial numbers as well, with both net sales and net earnings rising over the last five years. From fiscal year 2016 until 2020, net sales rose from $5.8 billion to $6.7 billion for a compound annual growth rate (CAGR) of around 3.7%, while net income increased at a faster 9.7% CAGR over the same period.

Furthermore, the company can boast of an uninterrupted streak of dividend increases since the year 2000. The company's dividend started at $0.82 per share in 2000, and has increased year-over-year every single year since then to $4.34 per share in 2020. This amazing feat equates to a CAGR of 9.2% over 19 years, and looks set to continue as the crisis provides tailwinds for the company's future growth.

There's probably no coffee chain more ubiquitous in metropolitan areas than Starbucks (SBUX 2.98%). The company has a strong, recognizable brand, and boasts 33,000 stores worldwide. It has been growing steadily over the years, with total revenue rising from $21.3 billion in fiscal year 2016 to $26.5 billion in fiscal year 2019. Fiscal year 2020 saw a sharp dip as the pandemic forced the temporary closure of the majority of Starbucks' stores for several months around the globe.

However, the company has recovered admirably despite the crisis as it's realigned its stores to include more drive-thrus and curbside pickup. The result was a sharp improvement in global comparable same-store sales, with just a 9% year-over-year decline for the fourth quarter of 2020, while active Starbucks Rewards memberships continued growing, up 10% year-over-year to 19.3 million. CEO Kevin Johnson outlined how Starbucks has rolled out curbside pickup to 800 U.S. locations, with plans to expand this to nearly 2,000 stores by the end of the current fiscal year. Although the company's home base may seem saturated, it sees plenty of potential to continue adding stores in the U.S. and converting existing stores to new formats to cope with the ongoing pandemic.

Starbucks recently hosted its biennial Investor Day, where it outlined plans to grow to 55,000 stores across 100 markets by fiscal year 2030. Management sees significant room for global expansion, and believes there is also a long runway for growth in earnings. The company has also increased its dividend per share for ten consecutive years, which is just one more reason why the company is attractive to own.

When it comes to riding on the new 5G network wave, there's probably no better company than American Tower (AMT 2.46%). Structured as a real estate investment trust, the business has consistently paid out dividends that have been increasing at an average rate of 20% year over year. The owner and operator of around 181,000 communication sites is well-placed to enjoy the tailwinds from telecommunication companies upgrading their infrastructure to cope with increased data usage.

Growth in both revenue and cash flow is underpinned by long-term tenant leases with built-in contractual escalation clauses. A lack of alternative sites means that tenants tend to be "sticky", resulting in high renewal rates for American Tower. These attributes provide stability and consistency of rental income, and further boost the company's reputation as a dependable source of dividends for income-seeking investors.

American Tower has continued to grow through opportunistic acquisitions, the latest being its recently announced acquisition of Telxius Towers from Brazil's Telefonica S.A. The transaction is valued at nearly $9.4 billion, and will add a further 31,000 communication sites in Europe and Latin America.