Shares of BlackBerry (BB 7.08%) have been on fire, up nearly 150% in the first month of the new year, putting CEO John Chen on the brink of a major payday. BlackBerry stock has become a favorite among the traders who frequent the Reddit chat room WallStreetBets.

However, while Redditors are imploring fellow traders to have "diamond hands" (holding stock through significant volatility), BlackBerry execs apparently aren't as sure.

Three high-level executives took advantage of BlackBerry's open trading window and the current mania to create a payday most didn't expect even a few months ago. 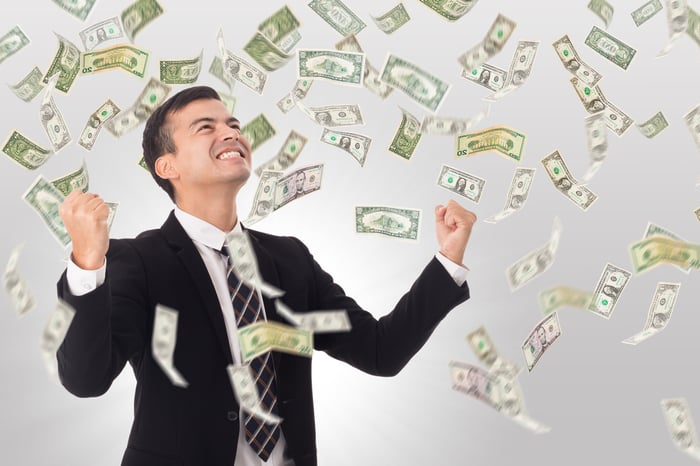 Rai's sale, which took place on Jan. 21, is the most notable for two reasons: First, chief financial officer (CFO) is a high-visibility role, traditionally considered the second-in-command at most companies. Second, after this transaction, BlackBerry's CFO has no equity ownership in the company.

Insider sales (particularly discretionary sales, like above) are often interpreted by investors as proof management considers the company overvalued. However, this is often a simplistic view, and not all such sales are bad.

It's also important to note that insiders sell stock for a variety of reasons, as equity is often a large part of their compensation. Additionally, while insiders have more insight into the workings of the company, they have little visibility into future market conditions and are often as bad as traders as normal retail investors are.

While the CFO having no ownership is slightly concerning, it appears this will change soon. In an email to Reuters, a company spokeswoman noted "all of our executives continue to have strong equity-based incentives through our long-term equity program."

Chen, BlackBerry's CEO, is heavily compensated based on stock appreciation, so if WallStreetBets continues to power the stock higher, it's likely the entire C-suite is in for a big equity payday soon.