A Reddit forum could lead to a big payday for BlackBerry's Chen.

BlackBerry (BB 7.08%) CEO John Chen is further cementing his reputation as a turnaround specialist. After transitioning Sybase from a failed database company to a lucrative merger with SAP AG back in 2010, Chen signed up in late 2013 to take over the failing smartphone maker. Comparing BlackBerry to a "sick patient," Chen said he wanted to take on the challenge because "I am abnormal."

As CEO, Chen immediately transitioned Blackberry from smartphones to cybersecurity and connected vehicles. Blackberry's board of directors responded by granting Chen a new contract in 2018 and, thanks to the "YOLO traders" in the Reddit online discussion forum WallStreetBets, Chen is on the cusp of a major payday. 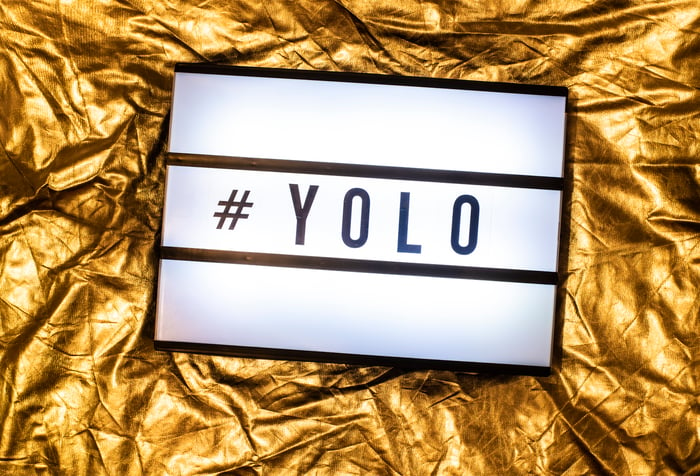 Chen could make major coin if the (stock) price is right

Despite struggling to reverse Blackberry's dwindling stock fortunes, the company's board saw promise in Chen's turnaround efforts, extending Chen's term for another five years and adding a major payday to boot. The tech world was shocked when it was announced that Chen's 2018 total compensation was $142 million. But this wasn't free money. Chen's compensation package was heavily weighted to stock performance.

Chen's base salary would remain at $1 million, with the bulk of his compensation coming through restricted stock unit (RSU) grants. They would vest annually through November 2023, in five tranches of 1 million apiece as per the schedule below, provided the share price to earn the RSUs is maintained over a 10-day trading average.

Additionally, Chen's compensation includes a one-time cash award of $90 million if the price of the common shares reaches $30 before Nov. 3, 2023. Per the compensation agreement, for the entire payoff to be attained Blackberry would have to reach a market capitalization of approximately $16.1 billion.

WallStreetBets has helped Chen, but it is enough?

There are a few arguments against share-priced compensation, most notably that short-term share prices are often dictated by happenstance and not by any specific actions from the CEO. That appears to be the case here. BlackBerry is quickly becoming one of the most hyped stocks on WallStreetBets, a forum that has been the cause of quite a few stocks going parabolic during the pandemic, most recently GameStop.

The video game retailer has rallied more than 1,700% in 2021 alone on account of huge demand sparked by discussion on WallStreetBets, and has burned high-profile short-sellers like Citron Research and Melvin Capital. As of this writing, BlackBerry shares are well within the range needed for Chen to earn all the RSUs that vest as of November 2020 (that's 3 million shares) if this price holds for at least 10 days.

Like GameStop, over the past few years, BlackBerry has suffered what I like to refer to as "sentiment backlash." For years, Wall Street analysts have been too bearish on BlackBerry, remembering it as a failed smartphone maker despite Chen's efforts to transition the company. It would be the so-called "dumb money," aka normal retail investors, who would see value in Chen's turnaround.

The current stock price spike doesn't change the fact that Chen is likely to report another year-over-year revenue decline for fiscal 2020. In the short run, positivity regarding a patent settlement with Facebook and connected vehicles will continue to boost valuation multiples, but eventually, Chen will have to produce meaningful top-line growth to keep investors' attention. I've been bullish on Chen's turnaround for years, but the recent stock run gives this company little room for error if it hopes to maintain its current pricing.