Please ensure Javascript is enabled for purposes of website accessibility
Log In Help Join The Motley Fool
Free Article Join Over 1 Million Premium Members And Get More In-Depth Stock Guidance and Research
By Anders Bylund - Jan 30, 2021 at 8:53AM

The GameStop gambit won't work on Netflix. Here's why, and what serious investors should do instead.

The Reddit group r/wallstreetbets has thrown the stock market into turmoil in recent weeks, unleashing massive high-volume trading attacks on a basket of stocks with high shorting interest and/or restricted trading volumes. The flagships of the WallStreetBets activity are video game retailer GameStop (GME 0.49%) and movie theater chain AMC (AMC -3.74%). These stocks were up 822% and 261%, respectively, over the last month although the figures will likely be very different five minutes from now.

The price-boosting attacks on stocks like AMC and GameStock have game-changing power because a lot of their shares are involved in bearish short-selling bets. The two companies are teetering on the edge of bankruptcy and oblivion, partly due to the COVID-19 pandemic and partly because they are stuck defending obsolete business models.

But those in the Reddit crowd clearly carry a big stick. Their actions have not only boosted their hand-picked targets "to the moon," but also forced their favorite trading platforms to protect their own liquidity with extraordinary measures and raised complaints from U.S. senators and representatives. What if they instead turned their attention to really good companies with stronger business prospects and much lower short-selling interest, such as Netflix (NFLX 0.58%) and Amazon.com (AMZN -0.03%)? 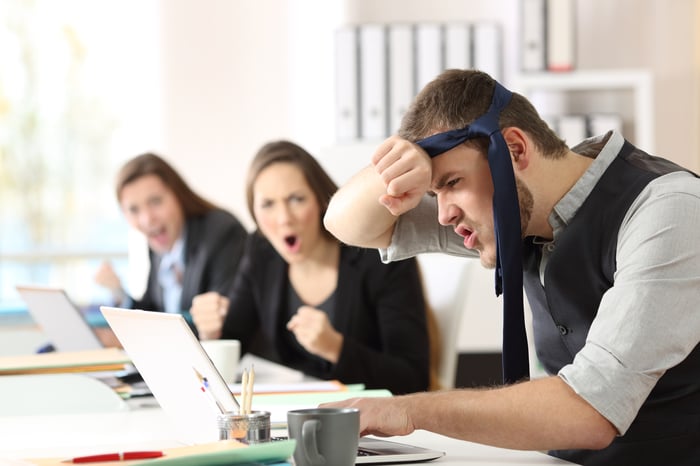 GameStop and AMC were easy targets.

In early December, before the whole WallStreetBets mania started, GameStop had a market cap of $1.1 billion where 104% of the shares were sold short. Fellow Fool Dan Caplinger can tell you how it's possible to bet more than 100% of the company's total share count on a negative shorting strategy. GameStop's average daily trading volume stood at 8.4 million shares, which works out to an average dollar volume of roughly $133 million at the share prices of Dec. 1. Even then, that was a pretty heavy trading period because GameStop was the target of pressure from activist investors and other traders hoping for a dramatic turnaround in the video game retail business.

AMC nursed an even smaller market cap of just $666 million. Average trading volumes had recently spiked from 6 million to 22 million shares per day as movie theaters were allowed to open their doors to the public again. AMC's daily dollar volume stopped at $92 million, up from $22 million just 30 days earlier. Shorting interest in AMC's stock was on the rise, measured at 24% in mid-November.

Netflix and Amazon were playing in an entirely different league.

Amazon boasted a market cap of $1.6 trillion and average daily trading volumes of 4.8 million shares worth $15.3 billion. Less than 1% of Amazon's stock was sold short at the time.

Netflix had a $222 billion market cap and $2.9 billion of daily trading volume. The video-streaming veteran has always had its fair share of detractors, but the shorting interest stopped at just 2% of Netflix's total shares.

Why the GameStop gambit won't work on Netflix

It didn't take a whole lot of capital to trigger dramatic changes in AMC's and GameStop's stock prices. The early moves quickly led to even more upward pressure as short-sellers started covering their bearish bets, either because they didn't want to deal with the painful pressure or because their brokers issued so-called margin calls. We are still dealing with the domino effects that were started by the nudge of $1.1 billion being invested in GameStop over two days in mid-December. Daily trading volumes for GameStop shares have been hovering around the $20 billion mark this week, and AMC topped $19 billion on Wednesday.

These would be fairly high numbers even for Amazon and Netflix, whose daily dollar volumes over the last month topped out at $18.4 billion and $18.8 billion, respectively. But those peaks didn't exactly stress the trading system. On this month's heaviest day of trading of Netflix shares, the day after a stellar fourth-quarter earnings report, only 7.4% of the total share count changed hands. The peak trading day in Amazon only shifted 1.1% of the e-commerce giant's shares. Those are barely blips on the radar, easily missed in the context of the stocks' massive liquidity and easy availability for trading. Throwing a $20 billion single-day wave of trading at Amazon or Netflix in the hopes of making a significant difference is just not going to work.

It's a different story for the smaller and more fragile stocks here. The number of traded shares have exceeded the total number of available shares on multiple occasions in recent weeks for both AMC and GameStop. On Tuesday, Jan. 26, GameStop's trading volume rose to 256% of shares outstanding. AMC's trading-to-total-stubs ratio peaked at 360% on the same day. 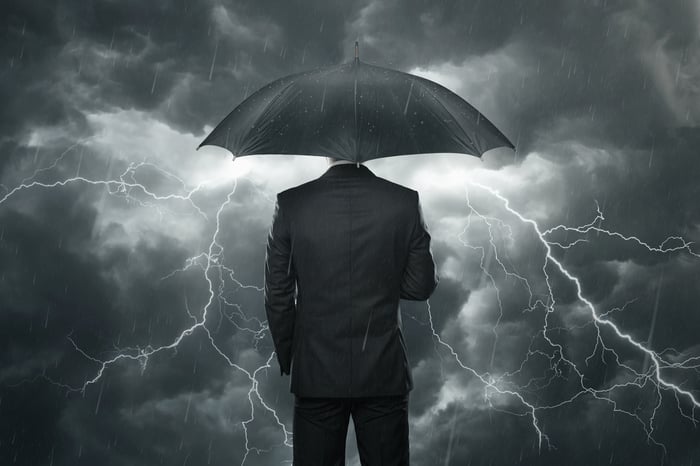 And that's why you should ignore the whole WallStreetBets uproar

My point is that the WallStreetBets group may have the power to change the fortunes of a few small and uniquely vulnerable stocks. In doing so, they can stress the underlying trading platforms of fee-free stock brokers such as Robinhood, which had to raise more than $1 billion of emergency capital in order to fulfill its legal and regulatory requirements when GameStop's and AMC's short-selling activity skyrocketed. In the end, they might even force changes to the laws and market regulations behind how short-selling actually works, which would then potentially affect every investor.

But you won't see them pushing stock prices higher for large and successful companies like Amazon and Netflix. If this is the start of a grassroots revolution in the investing community, it won't have any material effect on how long-term investors build their wealth. You should find great companies like Netflix and Amazon, buy a few shares even if their stock prices are hovering near all-time highs, and then sit back and relax with a huge bag of popcorn for the next couple of decades. Short-seller battles and speculative fads will come and go while your portfolio of high-quality stocks simply grows over time.