Please ensure Javascript is enabled for purposes of website accessibility
Log In Help Join The Motley Fool
Free Article Join Over 1 Million Premium Members And Get More In-Depth Stock Guidance and Research
By Leo Sun - Feb 2, 2021 at 9:35AM

Shares of Bilibili (BILI 7.13%), China's Gen Z-oriented platform for anime, comics, and gaming (ACG) content, surged more than 400% over the past 12 months as the company dazzled investors with its accelerating growth.

Bilibili outperformed many well-known Chinese tech companies, but can it maintain that momentum this year? Let's take a fresh look at its business model, its upcoming challenges, and its valuations to find out.

Bilibili generated 45% of its revenue from its mobile gaming division in the first nine months of 2020. The unit's top games include Fate/Grand Order, which it licenses from Sony, and Cygames' Princess Connect. 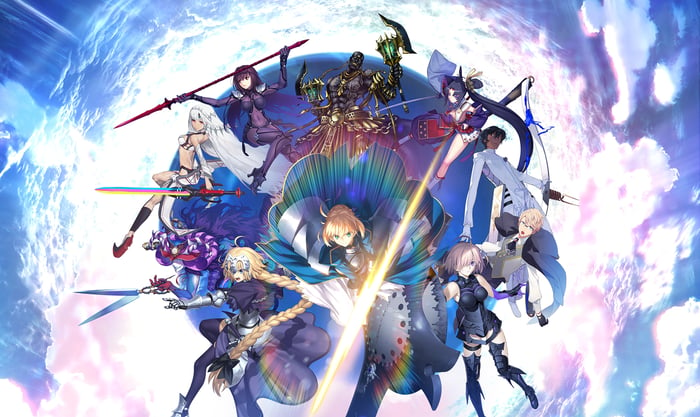 Bilibili's value-added services (VAS) business, which mainly sells virtual gifts on its live video platform, accounted for 32% of its top line. Its broadcasters stream a wide range of content, including video game streams and live vlogs, and those videos are tethered to its broader platform of ad-supported videos, including TV shows and anime series.

Bilibili's ad business generated another 14% of its revenue. The remaining 9% mainly came from its integrated e-commerce platform, which sells tie-in products to video games and anime series. Alibaba (BABA 1.00%), one of Bilibili's biggest investors, integrates its Taobao marketplace into Bilibili.

Bilibili's total number of monthly active users (MAUs) across its entire ACG ecosystem rose 54% year over year to 197.2 million in the third quarter of 2020, while its total paying users rose 89% to 15 million.

Bilibili encourages its users to become "official" members, who gain access to exclusive content and perks, by passing a 100-question test on ACG content. Its total number of official members rose 56% year over year to 97 million during the third quarter -- and many of those die-hard fans could eventually become paid users.

Bilibili's total revenue rose 64% in 2019 and grew 71% year over year to 8.16 billion yuan ($1.26 billion) in the first nine months of 2020. All of its businesses continued to grow at double-digit or triple-digit percentage rates:

The pandemic, which was contained within the first half of 2020 in China, generated strong tailwinds for its gaming, VAS, and e-commerce businesses. However, the triple-digit-percentage growth of its advertising business was surprising, since bigger ad players like Baidu (BIDU 5.55%) -- China's top search engine -- experienced significant slowdowns throughout the crisis.

During last quarter's conference call, CFO Xin Fan declared that "advertisers across different industries are turning to Bilibili to tap into the coveted young demographic." The growth of Bilibili's advertising business, which coincided with six straight quarters of declining ad revenue at Baidu, clearly indicated it was pulling advertisers away from the older players.

Bilibili expects its revenue to rise 73%-75% in RMB terms for the full year. Analysts expect its revenue to increase 91% in USD terms this year (due to the weaker dollar), then grow another 48% next year -- high growth rates for a stock that trades at 15 times next year's sales.

But will Bilibili ever generate a profit?

Bilibili's revenue growth is impressive, but the company isn't profitable. Its net loss widened in 2019, then widened again year over year from 906.1 million yuan to 2.18 billion yuan ($3.38 billion) in the first nine months of 2020.

Those steep losses were mainly caused by its soaring R&D and marketing expenses, which gobbled up its rising gross profits. Even on a non-GAAP basis, which excludes its stock-based compensation and other one-time costs, its net loss still widened from 734.3 million yuan to 1.91 billion yuan ($2.96 billion).

Bilibili didn't provide any bottom-line guidance for the year, but analysts expect it to remain unprofitable for the foreseeable future. But it still held 14.1 billion yuan ($2.1 billion) in cash and equivalents at the end of the third quarter, up from 8.1 billion at the beginning of the year, and it plans to raise over $2 billion in its upcoming secondary listing in Hong Kong.

Bilibili's two biggest backers, Alibaba and Tencent (TCEHY 3.06%), could also continue to pump more cash into its platform as a defensive measure against ByteDance's Gen Z-oriented apps. Bilibili won't run out of cash anytime soon, but it needs to figure out how to narrow its losses.

I recently listed Bilibili as a top Chinese tech stock to buy for 2021, since it generates impressive revenue growth at a reasonable price. It isn't a stock for conservative investors, but I believe its growing audience, sticky ecosystem, and strength in the ACG space could all propel the stock to fresh highs.