Investors appear to still be concerned about the biotech's valuation.

Shares of Moderna (MRNA 3.78%) were trading down by 2.5% as of 12:07 p.m. EST Tuesday after falling as much as 6.1% earlier in the session. The company stated on Monday that it is proposing to begin filling vials with up to 15 doses of its COVID-19 vaccine rather than the current 10 doses. This approach would help Moderna to ease supply constraints, as its ability to ship more vaccines out to the public is being limited in part by its production lines' vial throughput speed.

However, it's unlikely that investors are too concerned about Moderna's proposal, which the Food and Drug Administration will have to clear before implementation. Instead, the biotech stock's Tuesday morning decline was likely spurred by continued concerns about its valuation. That issue was emphasized again when Bank of America analyst Geoff Meacham downgraded the stock from neutral to underperform on Monday. 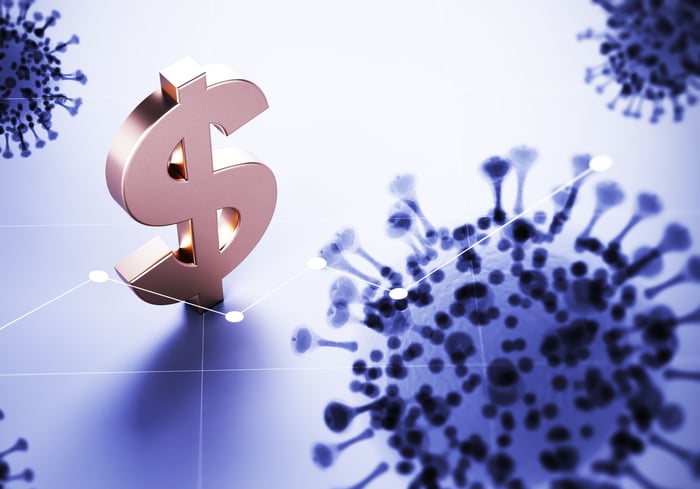 Is Moderna's valuation a reason for concern? Perhaps. The company's market cap now stands close to $60 billion after a remarkable rise that began in 2020 and carried over into this year.

However, Moderna will soon see a massive influx of cash as it recognizes revenue from sales of its COVID-19 vaccine, mRNA-1273. That revenue could easily top $12 billion in 2021.

A price-to-sales multiple of around five isn't unusual for biotech stocks. The big question for Moderna, though, is how much recurring revenue mRNA-1273 will generate over the longer term. Investors who expect the company's sales to plunge in 2022 and beyond can't be blamed for worrying about the stock's valuation.

On the other hand, there's reason to expect that mRNA-1273 sales will remain high for years. Moderna itself anticipates that people will likely need annual booster shots.

Moderna's biggest catalysts for mRNA-1273 moving forward will probably be additional supply deals. The Biden administration is in discussions with the company about providing another 100 million doses to the U.S. If Moderna picks up this contract and additional supply agreements, its revenue forecast for 2021 will increase -- and its share price likely will, too.