Please ensure Javascript is enabled for purposes of website accessibility
Log In Help Join The Motley Fool
Free Article Join Over 1 Million Premium Members And Get More In-Depth Stock Guidance and Research
By Jennifer Saibil - Feb 3, 2021 at 7:00AM

Square has long been a great stock pick, but Lemonade is the future of insurance.

Financial technology (also known as fintech) is changing the way people manage their money, from banking and shopping to investing and buying insurance. As these technologies become more important, the companies behind them are thriving -- and their shareholders are reaping benefits of their own.

Lemonade (LMND -6.43%) and Square (SQ -3.22%) are both using innovative technology to save their users time and money, and they both have impressive long-term growth prospects. But which one is the better buy today? 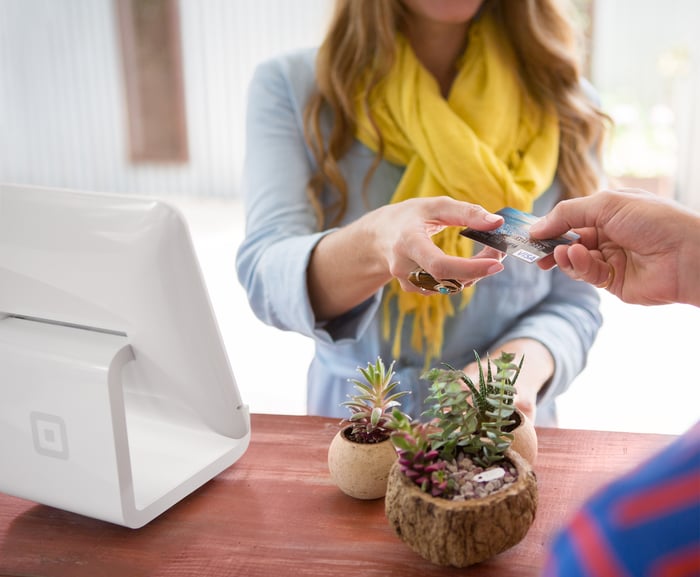 The upstart, and the newer upstart

Square provides payment solutions and other services for small businesses, and its Cash App makes peer-to-peer payments easier for a growing number of users. That diversification has helped during the pandemic. Even as small-business revenue fell, the Cash App has been strong -- particularly bitcoin trading, one of the services it offers. In fact, it was strong enough to power a 140% revenue increase in the third quarter, despite a meager 5% increase in sellers revenue. The company also got back to profitability in the third quarter after two quarters of losses.

Lemonade is an insurtech (insurance technology) company that offers homeowners, renters, and pet insurance. It's aiming to revolutionize the insurance industry with behavioral economics and artificial intelligence, and it uses those to give prospective clients quick price quotes. Lemonade takes a flat 25% fee from each policy, and funds left over after claims are paid can be donated to charity. In the third quarter, in force premium, or the average aggregate premium, increased 99%. Gross loss ratio, an important measure of an insurer's viability that shows how much money the company spent on claims, decreased 8 percentage points to 72%.

Square sees tons of opportunity ahead. In its seller ecosystem, which comprises small-business payment-processing clients, it says that it has a $100 billion market, of which it's penetrated less than 3%. It's moving into medium-sized businesses and adding new services to its to drive higher growth. It's also focusing more on e-commerce as business shift online.

In its Cash App ecosystem, which includes peer-to-peer payments, trading, and other individual services, it sees a $60 billion market, of which it's penetrated less than 2%. This is where Square is seeing its highest growth, and it's investing in customer acquisition and new services to serve this population. 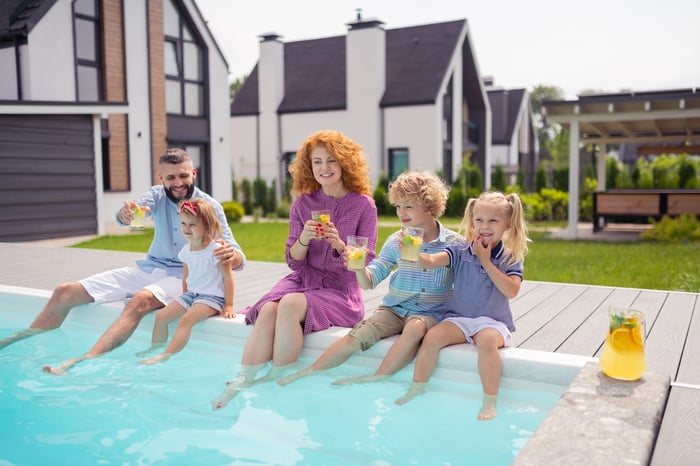 Lemonade has grown to a million customers in four years, and it gets them young, meaning big future opportunities. In the 2020 third quarter, customers graduating from renters to home insurance increased 300%. For the initial customer acquisition costs to get a $150 policy, Lemonade got the extra $750 of a $900 policy at zero cost.

The company sees this as an exciting way to increase revenue as it rolls out more types of insurance, such as pet insurance, which was launched in July 2020, and life insurance coming soon. It hasn't yet turned a profit, but as it opens up in more markets and sales increase, that may be coming shortly.

Lemonade and Square are both high-growth companies with plans for more, and they're both on my recommended list.

As high-growth stocks, Lemonade and Square both come with a certain amount of risk. Square's profits and longer growth history give it some amount of safety,but Bitcoin trading on Cash App was the primary growth driver in the third quarter, and Bitcoin itself is a risky holding. There's much more to both Cash App and Square itself than Bitcoin, but the rest of the business will need to recover to ensure long-term viability.

Square's stock trades at roughly 13 times sales as of Tuesday's close, while Lemonade trades at 82. That doesn't make Square cheap; the stock also trades at 345 times trailing 12-month earnings. Square has proven products, growing revenue, and a way to make money, but Lemonade is still mostly potential.If you have an appetite for risk, Lemonade is an earlier-stage opportunity that might ultimately provide higher gains.