Please ensure Javascript is enabled for purposes of website accessibility
Log In Help Join The Motley Fool
Free Article Join Over 1 Million Premium Members And Get More In-Depth Stock Guidance and Research
By Keith Noonan - Feb 3, 2021 at 7:00AM

GameStop is the talk of the town, but these companies are better buys.

If you only looked at a chart of the stellar gains that GameStop (GME -4.79%) stock has recently posted, you might assume that the otherwise struggling video game retailer had just unveiled a new technology or model that redefined the business and put it on the path to enormous profits. Let's just say that wasn't the case this time.

A collection of traders noticed that some on Wall Street had bet heavily against GameStop and that its shares could be pushed dramatically higher through coordinated buying. The resulting short squeeze made GameStop's share price skyrocket, and people from all over the world are now eyeing the retailer's stock and wondering if more huge gains are in store. 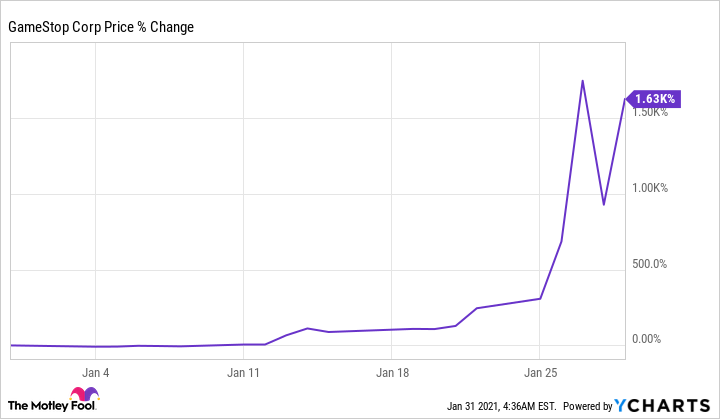 Rather than trying to get in on GameStop at this stage in short-squeeze mania, investors will likely enjoy superior returns from stronger companies that are poised to benefit from long-term trends.

Read on to see why these three tech stocks look like much better buys.

Zynga (ZNGA) is a video game publisher that rose to prominence by releasing titles including FarmVille and Mafia Wars on Facebook and other browser-based platforms. That approach worked well for a while, but the shift to distributing free-to-play games through mobile app downloads reshaped the industry.

The change caught Zynga temporarily flat-footed, and it took the company some time to reorient its business to cater to the mobile market, but the game publisher pulled off a successful turnaround and it's now looking stronger than ever. Zynga has been posting impressive performance over the last few years thanks to a focus on releasing content updates to extend the life cycles and profitability of its core franchises. It's also benefiting from a string of successful acquisitions. 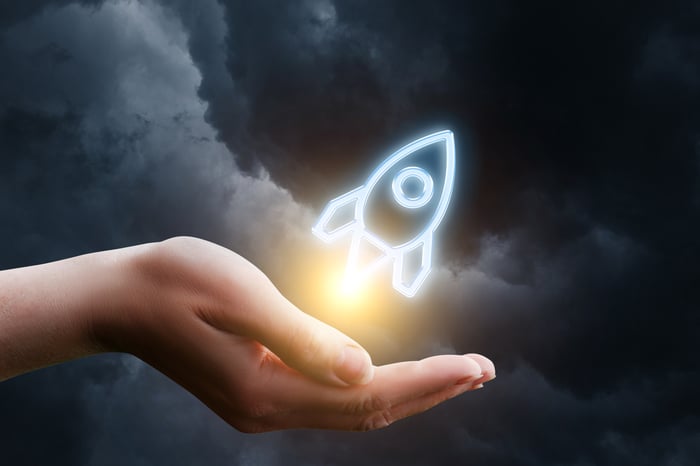 The company has spent the last few years putting its strong balance sheet to work and buying up development studios that can accelerate its overall growth trajectory. Zynga still has plenty of cash and zero debt, leaving it lots of flexibility to pursue additional acquisitions, fund downloadable content updates, and create entirely new franchises.

Launching successful new properties and continuing to identify worthwhile acquisition targets gives Zynga avenues to big growth over the long term. Continued expansion for the global video games industry over the next decade is a very safe bet, and Zynga looks well-positioned to capitalize and deliver impressive stock performance.

Zuora (ZUO 7.32%) is tapping into and shaping digital commerce trends. The fintech company provides a software platform that helps customers launch, manage, and expand subscription-based businesses -- an intriguing niche that has big room for expansion.

Products and services of all kinds are moving away from one-time purchases and toward subscription-based models, and this transition is likely to accelerate over the next decade and is almost certain to continue over the long term. The advantages are simply too big to ignore for many companies.

Subscription models tend to improve customer retention and make sales more predictable. Companies are often also able to charge more by spreading payments out over time. In addition to helping keep customers in a company's ecosystem and boosting long-term revenue, there's often a reduced need for advertising and marketing. Many of these advantages are made even better and more accessible by Zuora's software platform.

Medical technology company Siemens Healthineers recently announced that it was using Zuora's platform to transition to subscriptions for its digital health services and said that adopting the cloud-based software had reduced its number of manual processes for managing subscriptions by more than 60%.

The market for software services is still very young, and many existing and yet-to-be-released applications will be based around subscription models. Zuora has plenty of room for growth as it brings new companies on board its platform and benefits as they expand their sales volumes.

Fiverr International (FVRR 5.25%) provides a platform that connects clients with gig workers. Let's say you needed an image photoshopped -- there's a good chance you could find someone suitably skilled on the company's platform willing to do it for cheap.

Job pricing for core users on Fiverr's platform starts at $5 and goes up to $995, and the company typically take a 20% cut on each contract completed through its platform. Verified members of the company's Pro tier of service can list jobs at higher prices.

Bringing larger enterprise customers on board its platform will play a big role in Fiverr's long-term growth, but the business is already posting impressive momentum. A 37% year-over-year surge for net active buyers in the third quarter helped push Fiverr's revenue up 88% in the period, and there's a good chance that the company will be able to surpass management's midpoint target for sales growth of 74.5% this year.

Fiverr's base platform should present opportunities to launch expanded service offerings as the overall gig economy grows. Getting new users into the platform is a core focus right now, and this land-and-expand approach will likely prove rewarding over the long term. Establishing itself as an early leader in gig-labor platform services could have a tremendous payoff for Fiverr and its shareholders.

Is Fiverr Stock Ready to Bounce Back and Deliver?