Please ensure Javascript is enabled for purposes of website accessibility
Log In Help Join The Motley Fool
Free Article Join Over 1 Million Premium Members And Get More In-Depth Stock Guidance and Research
By Jason Hawthorne - Feb 3, 2021 at 6:30AM

Time to buy the drugmaker is running out.

Anyone not following the market would probably think that Pfizer (PFE 1.00%) did well last year. With the publicity from a potentially pandemic-ending vaccine and agreements for hundreds of millions of doses, it would make sense if the stock was one of the best performers since the outbreak of the virus. But that's not how the market works. Despite being a vastly different company than a year ago, Pfizer stock sits almost exactly where it did at this time in 2020. That might make it the perfect time to pick up shares. 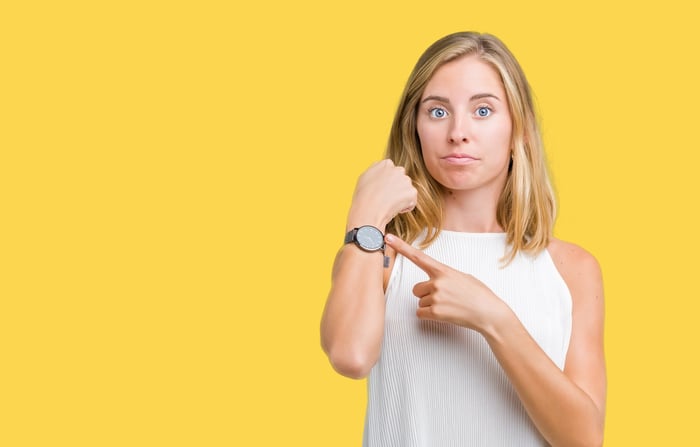 Pfizer began 2020 having generated almost $52 billion in revenue in the previous year thanks to eight products with more than $1 billion in sales. The company had recently reorganized itself into three segments: biopharmaceuticals, off-patent group Upjohn, and consumer health. The realignment was just preparation for the massive transformation that would occur later, focusing the more than century-old blue chip on developing new or better therapies for the most pressing diseases facing humanity.

The goal is to remake the culture into one of scientific risk-taking to drive more robust top-line growth. Many of the drugs that remain in Pfizer's portfolio continue to be winners. For instance, sales for the anticoagulant Eliquis, breast cancer treatment Ibrance, and arthritis drug Xeljanz all grew by double-digits in the fourth quarter of 2020. In fact, the company's portfolio of cancer drugs grew 21% last year. That trailed only its rare disease treatments group, which climbed 29% year-over-year.

There are also reasons to be excited about the pipeline. Abrocitinib, Pfizer's treatment for eczema, has shown efficacy in several late-stage clinical trials. It could challenge Sanofi and Regeneron's $3.4 billion blockbuster drug, Dupixent. Despite experiencing an increased risk of nausea and headaches, users of abrocitinib would be able to take a pill instead of being injected every two to four weeks, a welcome trade-off for most patients.

Of course, the drug on everyone's mind is BNT162b2, the COVID-19 vaccine developed with partner BioNTech (BNTX -5.34%). Pfizer is well on its way to producing 2 billion doses of the vaccine this year, and bringing in $15 billion in 2021 sales. The prevalence of new strains of the virus, and the potential for subsequent booster shots, could increase those estimates by extending COVID-19's impact even longer than originally anticipated.

The stock might be unchanged, but the CEO has indicated at least 6% revenue growth through 2025, not including contribution from the vaccine. That's nothing to scoff at for a company with growth over the past decade that rounds to 0%.  So far, he's delivered. The company just released its first report in the new business structure and its biopharmaceuticals delivered 7.2% growth for 2020 with guidance of 8.3% for this year.

Add in BNT162b2 and growth is expected to be 44% for 2021. Instead of taking a victory lap, the company isn't resting on its laurels. After spending an average of 15% of sales on research and development from 2017 through 2019, Pfizer anticipates pumping up to $9.7 billion into innovation in 2021, an impressive 21% of non-BNT162b2 revenues. That's a clear sign Pfizer expects to fire up the innovation engine. For investors who have been contemplating buying shares in the pharmaceutical giant, there may never be a better time to buy shares of Pfizer.