Please ensure Javascript is enabled for purposes of website accessibility
Log In Help Join The Motley Fool
Free Article Join Over 1 Million Premium Members And Get More In-Depth Stock Guidance and Research
By Lou Whiteman - Updated Feb 3, 2021 at 9:36AM

The space SPAC could find a home in a new ETF.

Stable Road Acquisition (SRAC), a special purpose acquisition company (SPAC), saw its shares jump 16.4% in January, according to data provided by S&P Global Market Intelligence. The market is growing increasingly excited about Stable Road's merger partner, and is buying in ahead of the deal closing.

In October, Stable Road agreed to merge with Momentus, a privately held space company that intends to offer in-space transportation services. Think of Momentus as a tow company for space, providing services including moving satellites back into their intended orbits and getting space debris out of the way. 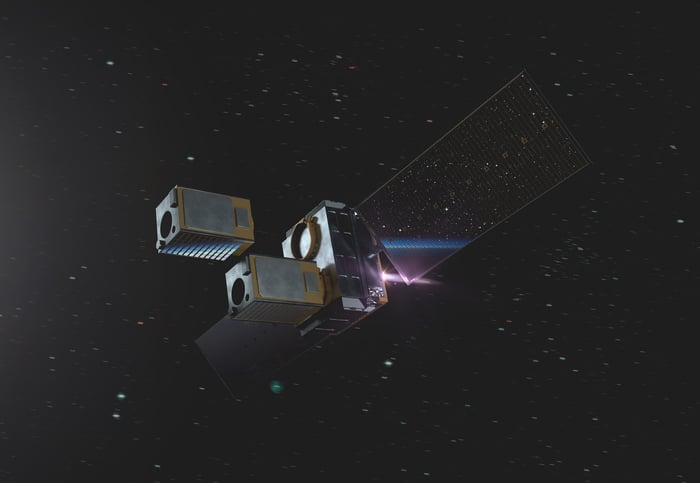 The business is speculative, but intriguing, and once the deal closes Momentus will have a public stock and more than $300 million in cash to put its plan in action.

Much of January's gain was likely due to speculation about potential large owners for the stock. Cathie Wood's Ark Invest announced plans during the month to launch a new space-focused exchange-traded fund (ETF), causing shares of Stable Road and a number of other space-related companies to rocket higher in anticipation that the new ETF would include them in its stock basket.

The Stable Road/Momentus deal should close soon, eliminating any lingering uncertainty about the pending merger and bringing Momentus to public markets.

Momentus is an incredibly exciting idea, but it's hard to overstate how speculative it is at this point. Investors who want to buy in should limit companies like Momentus to a small part of a well-diversified portfolio.

Given the risks, this is the ideal sort of a stock to own in a basket with other early-stage space-related companies. With that in mind there is good reason investors would get excited about Ark's plan to start a space ETF, which should allow stocks like Momentus to come along for the ride.

Why Stable Road Acquisition Stock Is Down Today

Another Space SPAC Is Coming: Astra

Why Stable Road Acquisition Stock Fell This Morning, Then Recovered