Please ensure Javascript is enabled for purposes of website accessibility
Log In Help Join The Motley Fool
Free Article Join Over 1 Million Premium Members And Get More In-Depth Stock Guidance and Research
By Luis Morales – Sep 25, 2020 at 8:33AM

Investing alongside a venture capitalist sounds alluring -- so long as you can make money doing it.

The road to an initial public offering, or an IPO, can be long and winding, let alone a real distraction for a company trying to deliver its breakthrough products in a highly competitive environment. And at the end of that road, the company may end up raising less money than it could. Lately, some wealthy investors are using an alternate route to provide promising companies access to the public markets -- and giving individual investors another way to get in on the ground floor. 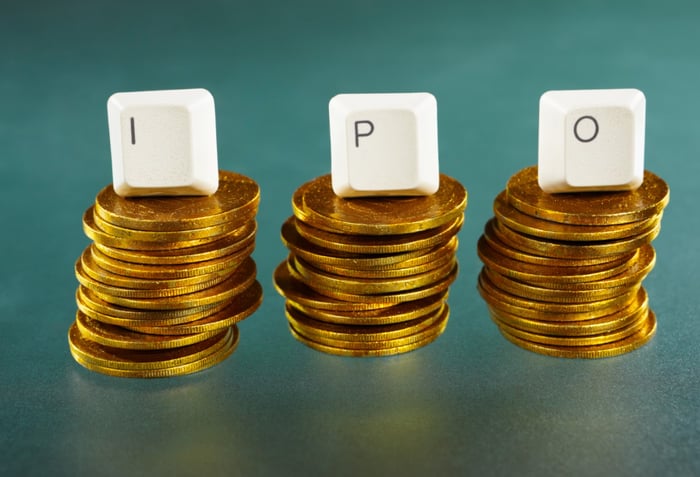 After filing its first set of forms with the Securities and Exchange Commission, or the SEC, a typical company will spend the better part of a year getting ready for and promoting its upcoming IPO. Throughout the process, the whole company's executive team works nonstop to satisfy the SEC's filing requirements, and to put together its "roadshow" -- a series of meetings designed to attract large investors. Many companies find it difficult to commit this level of resources to the IPO process without derailing key corporate priorities.

To top it off, IPOs usually deliver suboptimal results. A study from the Warrington College of Business at the University of Florida found that over the last 10 years, IPOs have been underpriced by up to 21% and left an average of $37 million on the table.

Prominent investors are popularizing the idea of the Special Purpose Acquisition Company, SPAC, or blank-check company. They believe SPACs are a much-needed disruption to the traditional IPO process, going so far as to call it "IPO 2.0."

A SPAC essentially goes through the IPO process on behalf of another company. It raises money from investors for the purpose of acquiring or merging with a "yet to be selected" company. SPACs have no product, operations, or revenue to speak of. They do not court additional investors, so they bypass the roadshow process altogether. And because the people leading the SPAC usually have lots of experience taking a company public, the IPO process is relatively simple for a SPAC.

Much like a venture capitalist, or a VC, would do, a SPAC sets out to identify a company that can best benefit from its capital, its founders' expertise in business and operations, as well as its network of connections: often a private company with a grand vision, a competent team, and breakthrough idea -- but little or no revenue. The SPAC then makes an offer to acquire a stake in the company. If the target company accepts, the merger goes through, and the combined entity changes its name and ticker symbol to better reflect the acquired company's business.

Virgin Galactic Holdings, Inc. (SPCE -0.78%), and Nikola Corporation (NKLA 0.42%) have been funded recently via a SPAC. Other SPAC mergers include EV manufacturers Fisker, Canoo, and Lordstown, which are slated to complete later this year.

Are SPACs right for you?

An early investor in Social Capital Hedosophia Holdings, Corp. (IPOA), the SPAC that eventually merged with Virgin Galactic, would have grown his or her investment over 10 times faster than investing in the S&P 500. So, a SPAC can be seen as a way to get in on an IPO: at some point, the SPAC will merge with or acquire a promising company and the stock will start going up -- right? Perhaps.

Because SPACs don't announce their acquisition target until sometime in the future, investors are really putting their trust in the reputation, track record, and expertise of the SPACs founders, as well as their ability to spot successful companies.

A better way to think about investing in a SPAC is as investing alongside a venture capitalist, or a VC. This sounds appealing -- except that many VC-funded start-ups fail. TechCrunch reports that over 50% of VC's investments return less than the amount invested, while fewer than about 5% produce substantial returns.

In spite of that, SPACs have grown in popularity since 2009, with more SPACs raising more money every year. 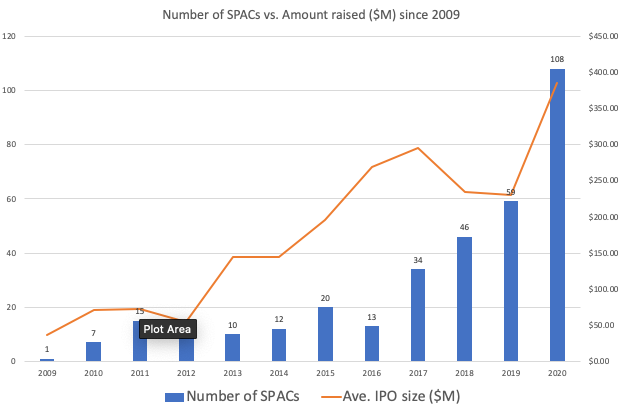 SPAC stocks can go up pre-acquisition, with SPAC Insider reporting annualized rates of return, or ARRs, as high as 485% over the last three years, with the average ARR being 24.8%. And over 90% of the SPACs funded after 2010 are deemed "successful," meaning they completed an acquisition, resulting in an additional "pop" in the SPAC's stock price.

Given the risks involved, SPACs can be a fun way to place speculative bets on markets expecting explosive growth, such as electric vehicles or clean energy. But they can be especially challenging for long-term, buy-and-hold investors. For all their pre-acquisition successes, a Goldman Sachs analysis of 58 SPAC deals since January 2018 showed that the average SPAC underperformed the S&P 500 and the Russell 2000 over the three, six, and 12 months after it completed its merger.  So, what should Fools interested in SPACs do?

Finally, investing alongside a VC sounds glamorous, but only if one can make money at it. Fools with an appetite for this level of risk should probably be cautious and invest only money they can afford to lose.