Please ensure Javascript is enabled for purposes of website accessibility
Log In Help Join The Motley Fool
Free Article Join Over 1 Million Premium Members And Get More In-Depth Stock Guidance and Research
By Brian Stoffel - Feb 4, 2021 at 8:03AM

The third is probably the most important.

When researchers asked different groups of people how happy they were, the highest scores came from the "richest Americans," as deemed by Forbes magazine. That's a sign that we're made to constantly pursue material wealth, right?

If you need proof, watch that absolute frenzy taking place in the stock market around GameStop (GME 0.92%) and AMC Entertainment (AMC -0.15%) -- which are up an average 1,078% in January -- as well as the rest of the stocks discussed on the WallStreetBets Reddit site. There's some serious money being made by people right now. They must be pretty happy with themselves, right?

Well, there's a rub to all this, and as you'll see below, it could mean that all those involved are in for a world of hurt in the coming days, months, and years. 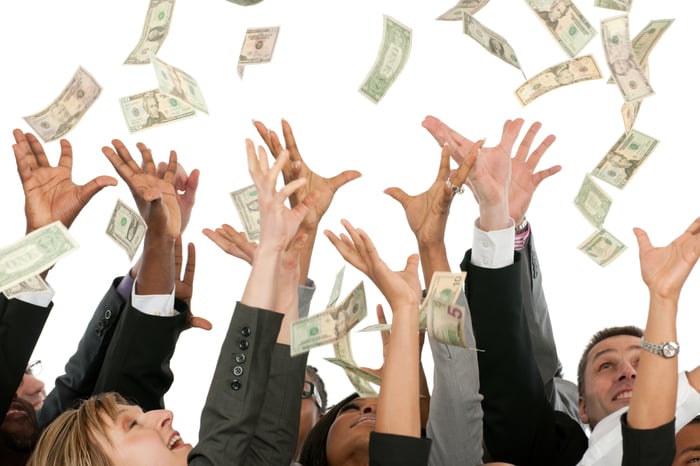 About those "rich Americans"

Let's start be dissecting the tie between money and happiness. Scores of research confirm that once one's basic material needs are met, additional money has scant effect on our subjective well-being (read: how much we enjoy life). When we think about our own lives, this probably seems obvious. But when everything around us says "more is better," we're inclined to believe it -- personal experience be damned.

Remember those "richest Americans"? They weren't the only ones who scored the highest. Three other groups topped all the others around the world. They included:

How could this be? There's an entire new field of study to answer that question: evolutionary psychology. Simply put, this field shows that while we may live in a "modern" world, our body, mind, and (yes, even) spirit are built for the way we lived in ancestral times. When you consider that we lived in tribes for 99% of our existence, it doesn't seem like such a stretch.

But what does this have to do with GameStop, AMC, and WallStreetBets?

In their book Mismatch, Ronald Giphart and Mark van Vugt introduce four irresistible cues we evolved to always heed. These cues served us well for 99% of existence, but because our environment has changed so radically, they can actually lead us astray today (hence the "mismatch"). All four are on full display when it comes to GameStop, AMC, and WallStreetBets.

We evolved to pay very close attention to the sensational: volcano eruptions, huge storms, and the rare-but-deadly attack from a neighboring tribe. We evolved to experience such a sensational cue once per year -- at the most. Today, we are fed a ton of exaggerated cues: signals that purport to represent the life-altering information (scroll through news headlines) but really don't.

Now imagine what the typical GameStop investor experienced in January (this is a simplistic version, as options drove much of the movement): A $10,000 investment in the struggling chain became $100,000 in less than 20 trading days. If your buddy did that, you'd want a piece, too.

The sad truth is this is an exaggerated cue. When all is said and done, there's likely to be just as many (if not more) losers from this gambit than winners. And those lucky few who have experienced huge gains might be counting on them to continue. I hate to rain on the parade, but -- in all likelihood -- they won't.

It's best to move on and see these headlines for what they are: exaggerated cues.

Fake cues are when we are led to believe something is true when it just isn't. Oftentimes, these cues exist because they support a broader narrative within the society we live. No fake cue is more prevalent in today's society than this: more is always better.

Sure, we have tons of moral stories telling us this isn't true. But those stories are easily canceled out by the onslaught of advertisements and (once again) news headlines.

And yet, as the evidence above shows, once our basic material needs are met, more money matters far less than we are led to believe. As Mismatch puts it:

Multiple studies show that people have trouble handling money. This makes total sense, because money is not a biological adaptation, but a recent cultural innovation. Money is a fake cue.

And here's the rub for those GameStop, AMC, and WallStreetBets traders: There might be an initial rush to big gains, but because this is a fake cue, the high will fade quickly. And, in a cruel twist, you'll still be open to excruciating -- and real -- pain if you experience losses.

Obsolete cues are perhaps the most insidious. This is when a cue that was beneficial in the past is entirely dangerous in the present. The most important example: following the herd. There's a reason that mobs are so powerful: We evolved to follow the mob.

But there's a key difference now. In the past, the "mob" was no more than 150 of your closest family and friends. These were the people you relied upon...and that relied upon you. In today's mobs, it's nothing of the sort. But our brains can't sort that out instinctively.

So while it might be fun to get on a Reddit board and cause some pain to hedge funds, it's important to remember: The people you're talking to are (most likely) nameless, faceless individuals who have no vested interest in making sure you profit from your trades.

Finally -- and perhaps most importantly -- there are absent cues. These are the cues that existed in the past to let us know that everything was OK, that life was good. But for too many people, these cues don't exist (unless we consciously make them).

Believe it or not, one of the most important cues that you were safe in the world was the evening gathering by the campfire. Again, from Mismatch: "There was a central place for the group to gather and socialize: the campfire. ... It is highly likely that ancestral humans spent night upon night, year upon year, century upon century entertaining each other around the campfire."

Of course, we can still have these cues today. The teams, groups, and religious organizations we are involved in can provide them. But there needs to be a conscious effort -- effort you can't make when your brain is hopped up on temporary dopamine hits from short-term trading.

There's nothing inherently wrong with making money in the stock market. But when you take the short-term view, the results might be exciting right now, but they often spell doom in the long run. It's really not that different than drinking alcohol or taking illicit drugs.

When investing (read: not trading) is put within the context of your holistic life, it can serve a very healthy purpose. Beyond that, it can be dangerous.

Take a cue from your ancestors: Acknowledge your fear of missing out, focus on what really matters to you, remember who your "tribe" really is, and find time to celebrate with them.