T-Mobile beat on earnings but missed on guidance.

Shares of cell phone provider T-Mobile US (TMUS 1.64%) fell nearly 5% in early trading Friday despite beating earnings expectations in the company's Friday afternoon report. As of 11:40 a.m. EST, T-Mobile shares had pared their losses to a decline of just 3%. 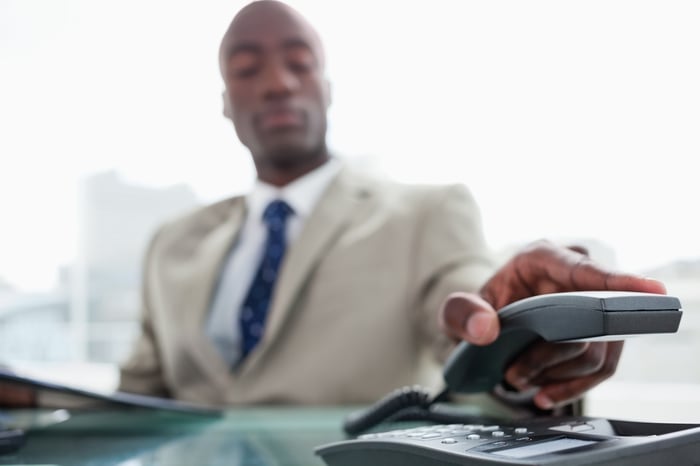 Despite beating expectations, however, T-Mobile's earnings declined significantly year over year in Q4 -- down 31%, while revenue climbed 61%. The dramatic disconnect was the result of higher costs from integrating Sprint into the company, but greater revenue from having acquired Sprint.

For the full fiscal year 2020, T-Mobile recorded revenue of $68.4 billion and net income of $3.1 billion (and $3 billion in free cash flow). At year-end, T-Mobile noted that it also had its best year ever for customer additions -- 5.6 million new customers -- one factor that led CEO Mike Sievert to declare, "2020 was quite simply our best year yet."

Of course, 2020 isn't what has investors upset. It's 2021 that's the reason the stock is dropping. T-Mobile advised yesterday that it sees "postpaid net customer additions" this year ranging from just 4 million to 4.7 million -- versus the 5 million additions Wall Street had forecast. The company is also looking for adjusted earnings before interest, taxes, depreciation, and amortization (EBITDA) to come in between $26.5 billion and $27 billion, putting the entire forecast range below the $27.1 billion consensus analyst forecast.

It's the fact that T-Mobile missed on guidance, therefore, that seems to be weighing on the stock today.