Please ensure Javascript is enabled for purposes of website accessibility
Log In Help Join The Motley Fool
Free Article Join Over 1 Million Premium Members And Get More In-Depth Stock Guidance and Research
By Keith Noonan - Feb 6, 2021 at 8:18AM

The Chinese electric vehicle specialist's share price has soared more than 120% over the last year.

Shares of XPeng (XPEV 1.88%) rose 12.5% in January, according to data from S&P Global Market Intelligence. The stock gained ground as the Chinese electric vehicle (EV) company announced a new partnership and received favorable coverage from analysts. 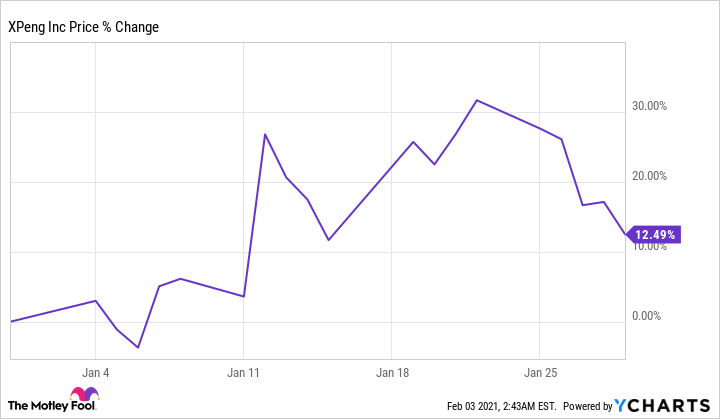 The automaker announced on Jan. 3 that it was collaborating with Livox to bring the company's lidar detection technologies for autonomous driving to XPeng's 2021 vehicles. Citi bank analyst Jeff Chung published a note on the stock the following day, maintaining a buy rating and putting a $57.71 per share one-year price target on the stock. 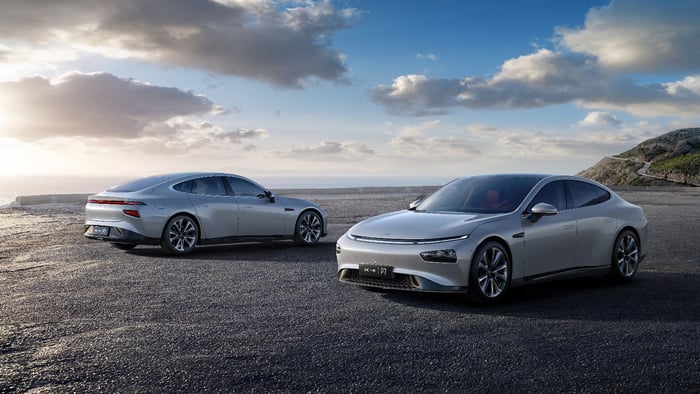 XPeng's upcoming EV line will be the first in its class to feature the lidar detection technology. Lidar systems function similarly to radar systems, except with lasers instead of sound waves, and Chung pointed to the feature as a significant differentiator in his bullish note on the company. Subsequent positive coverage from other analysts and overall market momentum for the EV space helped XPeng close out January with double-digit gains.

Jefferies initiated coverage on XPeng with a note published on Jan. 11. While analyst Alexious Lee gave the stock a hold rating, his one-year price target of $54.40 per share still represented upside of roughly 22.5% at the time of the note's publication. Deutsche Bank analyst Edison Yu then published a buy rating on XPeng as a short-term investment on Jan. 21, citing encouraging indicators about the potential for the company's XPILOT 3.0 autonomous driving technology.

Morgan Stanley also initiated coverage on XPeng in a note published on Jan. 28. Analyst Tim Hsiao gave the stock an overweight rating and set a one-year price target of $70 per share based on strong results from the company's in-house research and development units and opportunities to grow in the mid-range EV market.

XPeng stock has lost a bit of ground early in February's trading. Its share price has dipped roughly 2.6% in the month so far despite another strong delivery report from the company. 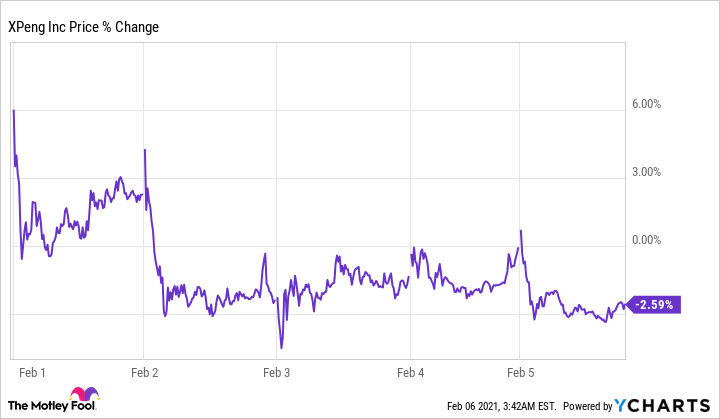 XPeng published its January vehicle delivery numbers on Feb. 1, revealing that it had delivered 6,015 vehicles to Chinese customers in the month. The delivery total represented a 470% increase compared to the prior-year period, and demand for the company's P7 model sedan has been a big momentum driver. EVs have a huge runway for growth in China and are getting support from the country's government, and the auto specialist is also ramping up business in Europe and other markets.

XPeng now has a market capitalization of roughly $33.5 billion and trades at approximately 46 times its trailing revenue. That's an admittedly growth-dependent valuation, but XPeng is building sales at an impressive clip and actually looks like one of the safer plays in the Chinese EV market.