Please ensure Javascript is enabled for purposes of website accessibility
Log In Help Join The Motley Fool
Free Article Join Over 1 Million Premium Members And Get More In-Depth Stock Guidance and Research
By James Brumley - Feb 7, 2021 at 11:25AM

The discipline of doing less, not more, is the key to driving superior long-term gains.

From the outside looking in, investing seems like a time-consuming task. There are countless websites, print publications, and television programs dedicated to the matter, and as a group, they may be inadvertently sending the message that constant action is the key to success in the stock market.

Nothing could be further from the truth. For most investors most of the time, the best course of action is doing nothing other than simply sitting on your stocks.

That's a tough truth to digest given the sheer amount of noise the media manages to generate. In taking a big step back and looking at the bigger picture, though, the premise becomes plenty obvious. 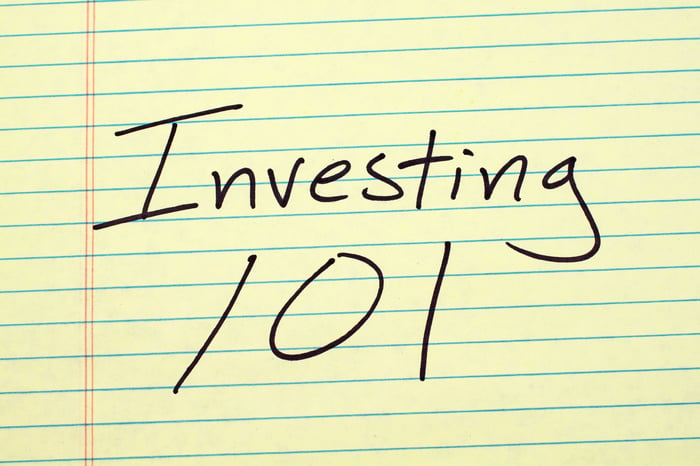 The simple image below speaks volumes. It's the S&P 500 index going all the way back to 1928, plotted in a logarithmic format just to make it easier to inspect. As one expects, there's the constant ebb and flow of the market. The crash linked to the Great Depression in the late 20s and early 30s is pretty easy to pick out, as is the dot-com crash of 2000, and the sell-off spurred by the subprime mortgage meltdown of 2008. Students of the market with good enough eyesight may be able to make out a few other stumbles as well like Black Monday back in 1987. 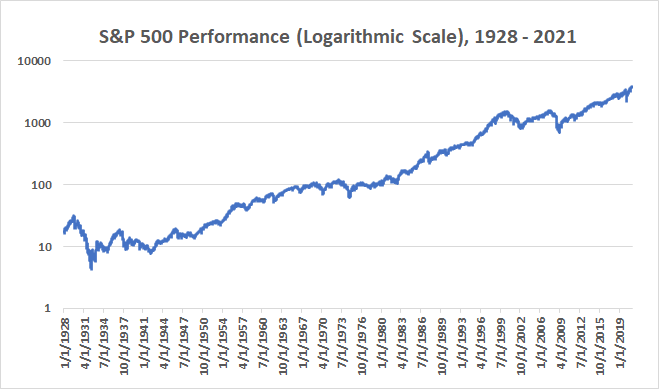 However, there's a much bigger point to be gleaned from this chart than the fact that stocks suffer the occasional setback. The point is so obvious, in fact, that it's easy to look right past it -- missing the forest for all the trees, so to speak. That is, stocks eventually overcame every single one of these stumbles and moved on to higher highs.

Granted, in many cases, it took a while to do so. Three times since the Great Depression's market crash the S&P 500 found itself lower than where it was 10 years earlier. Those instances occurred shortly after the subprime mortgage crisis, through most of the 70s, and in 1947 when the world was still regrouping from World War II. Not once since 1946 has the S&P 500 been down over a 15-year span.

That's good and bad news. It's good in the sense that investors can take some comfort in knowing the stock market is resilient. It's bad news, though, because few investors are thinking in 10-year and 15-year timeframes. We've developed something of a bad habit of looking at stocks as 10-month or 15-week holdings, if that. It's a tough habit to break.

Breaking that habit would be in most people's best interest, though, in light of another piece of information.

Market timing is just hard to do

For anyone unfamiliar with the term, active management refers to (relatively) frequent buying and selling of stocks in a constant effort to maximize returns. Fund managers of all types do it, as do individual investors. Most don't do it all that well, however, despite access to data and tools specifically meant to equip these stock pickers with market-beating tools.

Standard & Poor's updated its calculations last year, finding that over the course of the past 10 years, 97% of actively managed large-cap funds didn't keep pace with the gains of indexes and funds like the S&P 500 Index Fund (SPY 2.00%). They didn't do much better across 15-year stretches either: 92% of large-cap fund managers trailed the broad market's performance in that timeframe. Actively managed mid-cap and small-cap funds fared a bit better than their large-cap counterparts, but most still underperformed their index-based benchmarks. Ditto for international funds.

That's not to say investors shouldn't own individual stocks with the intent to beat the market over time. But the numbers illustrate an important point. That is, frequent trading of stocks can easily do more harm than good. Even the pros aren't all that great at timing entries and exits. Most of them -- like most mom-and-pop investors -- would be better off just leaving their stocks alone, taking some lumps, and letting time do its work. An individual investor's biggest job is simply remembering that "time" can mean 10 or more years.

If you don't have that kind of time, that's OK. But you should adjust your strategy to one that's less dependent on growth stocks and more reliant on less volatile instruments such as bonds or other income-driving holdings.

Most investors innately know this stuff, but it's easy to get distracted from it. That's because the news media has mastered the art of convincing investors everything is important as long as it's being reported. This in turn may prompt bad trading decisions.

Don't take the bait, particularly if the suggestion is cashing out your holdings after a major sell-off. Timing the market is amazingly difficult. Rather, let time do the repair work it always does with well-grounded companies.

Burned by the Stock Market in 2021? Consider These 4 ETFs Instead