What made First Majestic's stock look so lustrous in the eyes of investors last month? Simply put: Reddit. Members on the discussion board called WallStreetBets shifted their focus from GameStop and directed investors to buy First Majestic's stock, leading to the stock's surge. Although it was significant, Reddit wasn't the only catalyst. Investors also picked up shares after the company reported strong Q4 2020 production results. 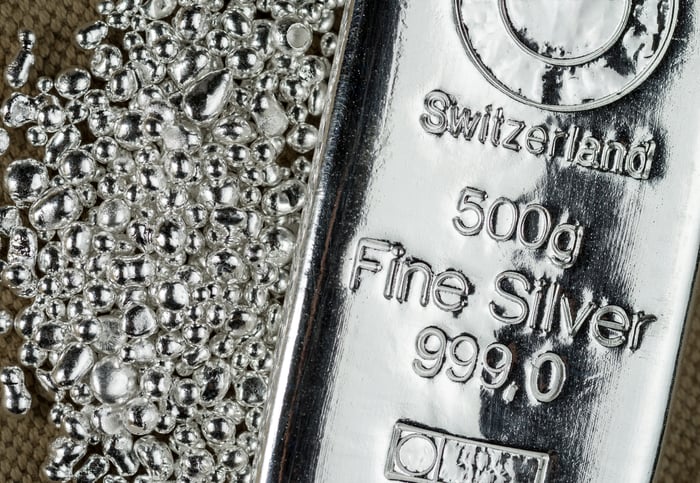 Shares of First Majestic inched more than 3% higher through the first four weeks of January. And then came the attention from WallStreetBets. On Jan. 28, the Reddit discussion board suggested that investors turn their attention to silver and buy First Majestic. 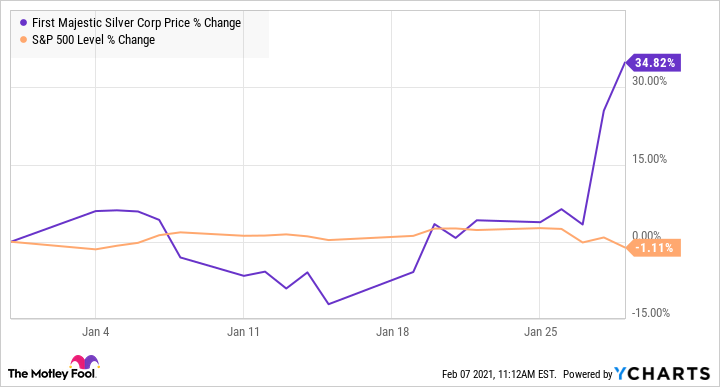 Investors certainly took notice of the suggestion. From the day before WallStreetBets identified First Majestic as a buy through the last trading day of January, shares of the stock climbed more than 30%.

Despite the attention from Reddit, a more substantial factor contributing to the stock's rise had come more than a week earlier when the company announced Q4 2020 production results. Reporting its second-highest quarter for silver production, First Majestic announced Q4 2020 output of 3.5 million ounces, representing a 9% quarter-over-quarter increase.

The company's 88% consolidated average silver recoveries for 2020 was also noteworthy, as it represented the highest recovery rate in the company's 18-year history. Looking ahead to 2021, management anticipates silver production to grow 14% compared to 2020 based on the midpoint of guidance.

Shares of First Majestic have lost some sparkle in February, dipping nearly 9%. With WallStreetBets seeming to focus away from First Majestic, it's possible that the stock could fall further in the near future -- something that silver-focused investors should watch closely, since First Majestic is one of the leading ways for investors to gain precious metals exposure. Of course, it will also be important for investors to monitor the company's Q4 2020 earnings presentation on Feb. 18 to see how its strong silver production affected its financials.