Shares of General Motors (GM 1.35%) were trading higher on Monday, a day after the company touted its increased focus on electric vehicles (EVs) in a widely watched advertisement during the Super Bowl.

GM's Super Bowl ad featured actor Will Ferrell making a tongue-in-cheek challenge to Norway, the country that has the highest rate of electric vehicle adoption in the world. The ad was preceded by several days of teasers and hints on social media, which drew responses from, among others, Norwegian politicians and rival automakers. 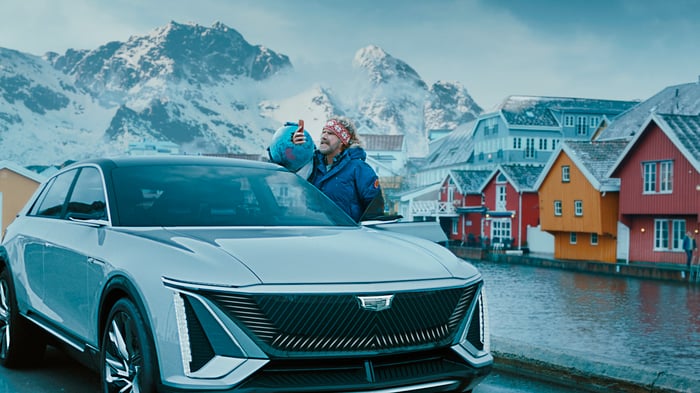 More broadly, GM is making a big bet on EVs and it wants the world to know. That Super Bowl ad was part of a new marketing campaign launched last month, called "Everybody In," which focuses on three themes:

Why is GM's stock up today? First of all, the ad was fun. But more to the point, electric vehicle stocks have been white-hot for months, and one of the points GM hopes to make with its new campaign is that its stock is becoming an EV stock, too.

Auto investors won't have to wait long to hear more about GM's EV push from CEO Mary Barra and other senior GM executives. The company is scheduled to report its fourth-quarter and full-year 2020 earnings before the market opens on Wednesday, Feb. 10.