Sales growth and an earnings beat in the final quarter of a bad year.

Shares of toy and game maker Hasbro (HAS 0.72%), which tumbled 5% this morning after the company reported its Q4 and full-year 2020 results, remain stuck in negative territory as the clock winds down to the final bell. As of 3:40 p.m. EST, Hasbro stock still sits 4.6% below where it closed trading on Friday. 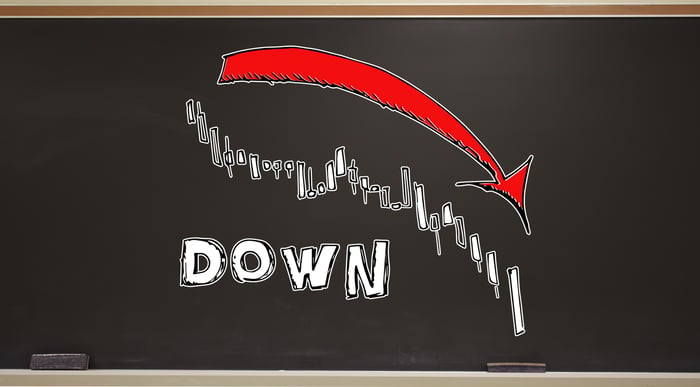 After all, Hasbro beat on earnings today. Expected to report a $1.14 pro forma profit on sales of just under $1.7 billion, Hasbro actually earned $1.27 per share, on just over $1.7 billion in sales.

Those sales climbed 4% year over year, by the way, led by 16% sales growth in the U.S. and Canada, with sales particularly strong in board games (up 27%) and TV/film/entertainment (up 20%). Profits-wise, while Hasbro's actual GAAP number wasn't nearly as strong as the $1.27 it reported "pro forma," its earnings when calculated according to generally accepted accounting principles (GAAP) were still up year over year -- 10%, growing twice as fast as sales.

Long story short, it was a fine quarter, and a welcome reprieve after a year that saw sales slide 8% overall, and profits down 35%. Or as CFO Deborah Thomas put it, "Throughout 2020, the global Hasbro team did an excellent job executing in a challenging environment."

Management didn't give guidance for what to expect in fiscal 2021, aside from assuring that "we continue to see strong retail, consumer, and audience support for our brands and content as we look to the coming year." The company shouldn't have to grow too much, though, to justify Hasbro stock's modest valuation.

Although GAAP earnings still look depressed, when valued on free cash flow, Hasbro stock sells for just 15.7 times trailing FCF. With analysts forecasting better than 10% profits growth over the next five years, and Hasbro still paying a very respectable 2.8% dividend yield, Hasbro stock may not be cheap, exactly -- but it's definitely not expensive.