Please ensure Javascript is enabled for purposes of website accessibility
Log In Help Join The Motley Fool
Free Article Join Over 1 Million Premium Members And Get More In-Depth Stock Guidance and Research
By Dan Caplinger - Feb 9, 2021 at 5:15AM

Some of the Oracle of Omaha's best stocks are doing very well.

It's easy to understand why legendary investor Warren Buffett gets so much attention. Few others can boast the track record that Buffett has put up in his long and storied career. The nonagenarian still leads Berkshire Hathaway (BRK.A 2.04%) (BRK.B 2.06%) as CEO, and still plays a vital role in deciding which investments the insurance giant will hold in its stock portfolio to take advantage of the premium float Berkshire has at its disposal.

Many critics argue that Buffett has lost his edge. Miscues like selling airline stocks at just about the worst possible time in early 2020 have hurt his reputation in the eyes of many. Yet I can point to three Warren Buffett stocks that have hit all-time highs recently and that look poised for further gains. Let's see whether these three companies have room to run even higher. 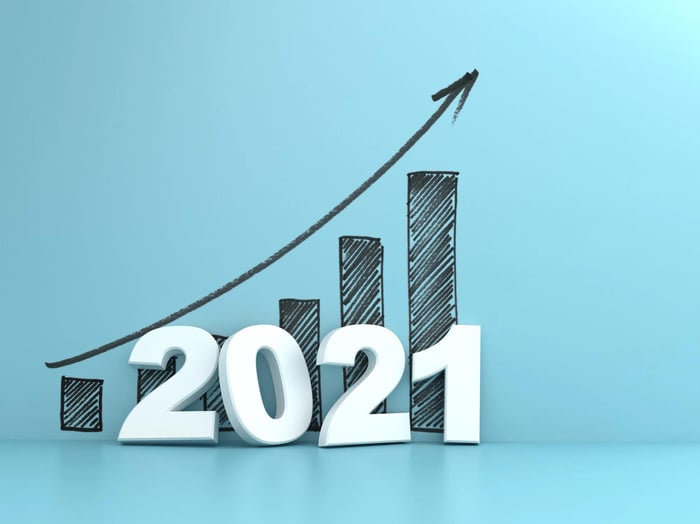 General Motors (GM 2.13%) has been a leader of American industry for more than 100 years. The automaker has gone through good times and bad, with its worst times coming in the wake of the financial crisis of 2008 and 2009. GM eventually declared bankruptcy, reorganized its operations, and issued new stock while leaving owners of its old stock holding nearly worthless shares.

Buffett started investing in General Motors in 2012, and he's gradually built up a stake of 80 million shares worth about $4.5 billion. That puts the automaker among the top 10 positions Berkshire Hathaway holds. Buffett added 5.3 million shares in just the most recent quarter.

GM stock has languished for a long time, with many investors worrying that new trends were passing the auto giant by. The rise of Tesla stood in stark contrast to GM's treading water. However, in just the past year, GM has seen its stock more than double, and it started hitting new all-time highs toward the end of 2020.

Investors have gotten excited about GM's response to Tesla. The company's electric vehicle subsidiary, Cruise, has earned attention lately, with the most recent surge in GM stock coming as Cruise entered into a partnership with tech giant Microsoft. GM's other efforts include supplying hydrogen fuel cells to Navistar and the new BrightDrop brand of commercial vans and pallet-movers.

General Motors is refusing to quit. Investors like that spirit, and they see GM winning in the end.

Electronic payments have been a hot area lately. Fintech company StoneCo (STNE 1.39%) has been on the rise for a while. After taking a hit during the coronavirus bear market in early 2020, the Brazilian payments specialist started reaching all-time highs last summer and hasn't looked back since.

StoneCo is a newer position for Buffett, with the stock having entered the Berkshire portfolio toward the end of 2018. Berkshire's 14.2 million shares have a value of more than $1.2 billion at current prices.

StoneCo's business focuses on making electronic payments as painless as possible for merchants to accept. That's especially important in Brazil, where cash transactions still make up a far larger percentage of total commerce than in the U.S. and other developed markets. Even though StoneCo struggled during the business slowdown at the beginning of the COVID-19 pandemic, it has also benefited from the need for merchants to embrace electronic payments as part of their broader e-commerce strategies.

As vaccine rollouts begin, merchants are hopeful that business in Brazil will return to normal. That would benefit StoneCo, potentially leading to further all-time highs in the future.

Finally, Berkshire Hathaway itself has finally joined the all-time high crowd. The stock took a long time to recover from the bear market a year ago, but it reached new heights in November 2020 and has made incremental gains from there.

Berkshire stock has gotten some love from Buffett lately. The company bought back $9.3 billion in Berkshire stock in the third quarter of 2020, boosting its activity from the $5.1 billion it spent in the second quarter. We'll learn more about what happened to close out 2020 when Berkshire releases its results later this month.

The bull market has sent shares of all kinds of stocks sharply higher, leaving Berkshire largely behind. Yet those who remember the tech boom of the 1990s and how much Berkshire outperformed in the bear market that followed are hoping that the Buffett-led insurance giant can provide similar protection if we are, in fact, in a stock market bubble.

Watch the Oracle of Omaha

Warren Buffett is alive and kicking, and he's still as smart as ever about stocks. The fact that many of the stocks he owns are doing so well is just the latest testament to Buffett's prowess in an illustrious career.