Double-digit growth is in the cards in the very near future, the bank believes.

Ever-influential investment bank Goldman Sachs (GS -0.45%) has become more bullish on the U.S. economy. The company has raised its GDP forecasts for not only the upcoming second quarter of this year but for the entirety of both 2021 and 2022.

Goldman now believes that year-over-year growth for arguably the most closely watched macroeconomy metric will be 11% in Q2, a full percentage point over its previous estimate of 10%. 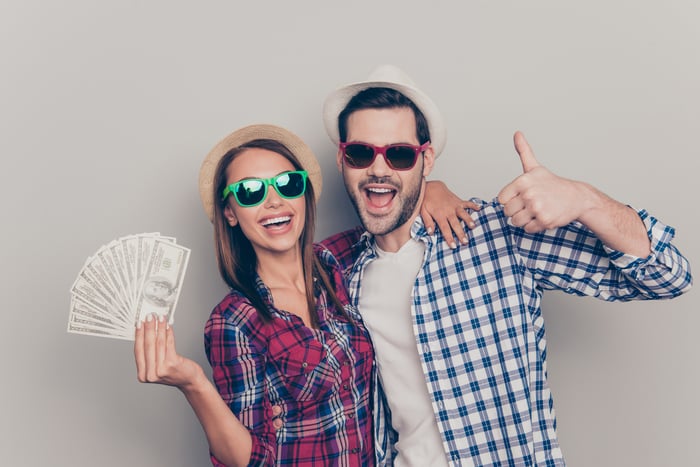 This will be due in no small part to the coronavirus relief package, which now looks almost certain to be passed by lawmakers. Goldman has significantly raised its estimate for the value of this suite of measures to $1.5 trillion from its previous prognostication of $1.1 trillion.

The difference between the two rates could come from top-down decisions by the Federal Reserve's powerful Federal Open Market Committee (FOMC). In its note on the changes in estimates, Goldman wrote that "We expect the FOMC to start tapering its asset purchases in early 2022."

Finally, the company also adjusted its forecast for the timing of its next interest-rate increase. Goldman believes this will occur in the first half of 2024; it originally thought it would transpire in the second half of that year.

While any type of economic forecasting has been challenging during the pandemic, and estimates have varied widely, Goldman's growing confidence in the U.S. economy is striking. A double-digit GDP growth rate is extremely high on a historical basis, even given the low bases of the pandemic era. Investors will be hoping that reality comes at least within striking distance of Goldman's new numbers.