Please ensure Javascript is enabled for purposes of website accessibility
Log In Help Join The Motley Fool
Free Article Join Over 1 Million Premium Members And Get More In-Depth Stock Guidance and Research
By Keith Noonan - Updated Feb 9, 2021 at 10:25AM

The game is a runaway success that has powered incredible performance for Take-Two since its release.

Take-Two Interactive (TTWO 0.70%) published its third-quarter earnings results after the market closed on Monday, and the company posted strong results aided by continued performance for its biggest game, Grand Theft Auto V (GTA V). The company announced that the title has now shipped over 140 million copies, up from 135 million copies shipped at the end of the previous quarter.

GTA V was already the most profitable entertainment release ever, by some accounts, and it looks like the title still has plenty of gas in the tank. Take-Two CEO Strauss Zelnick reported that more copies of Grand Theft Auto V were sold than in any year since 2013, the year of the game's first release. 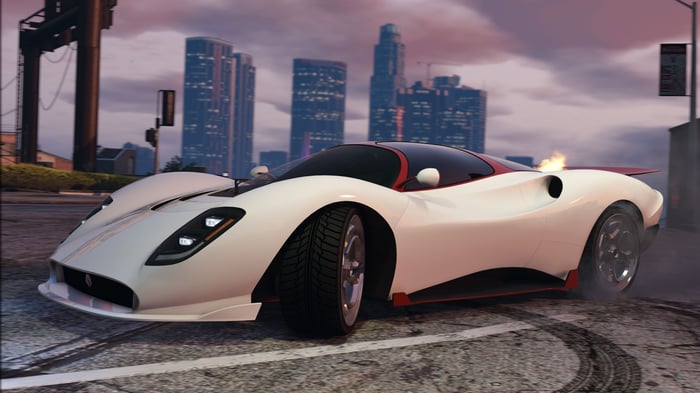 Incredible longevity for unit sales combined with strong in-game currency sales for the online mode have made the title a cash-generating juggernaut. The game should get another boost when it releases on Sony's PlayStation 5 and Microsoft's Xbox Series consoles later this year.

Third-quarter bookings dipped roughly 8.3% year over year to come in at $814.3 million, but the decline reflected a difference in release-schedule timing, and overall results came in significantly better than anticipated. The company posted adjusted earnings per share of $1.25, while the average analyst estimate had called for EPS of $0.97 and bookings of $752.75 million.

With Grand Theft Auto and other core franchises posting great results, it's fair to say Take-Two has never looked stronger.