Please ensure Javascript is enabled for purposes of website accessibility
Log In Help Join The Motley Fool
Free Article Join Over 1 Million Premium Members And Get More In-Depth Stock Guidance and Research
By Rich Duprey - Feb 10, 2021 at 7:00AM

These three fast-going stocks are raising temperatures even during the depths of winter.

The year is barely a month old and already it's been a whirlwind of drama and excitement. Yet some of the hottest stocks on the market have nothing to do with hedge funds, Reddit, or short squeezes.

ExOne (XONE), Lizhi (LIZI 0.00%), and Tilray (TLRY) have been among the best performers so far in 2021, so let's dive into the reasons these hot stocks could get even hotter throughout the rest of wintry February. 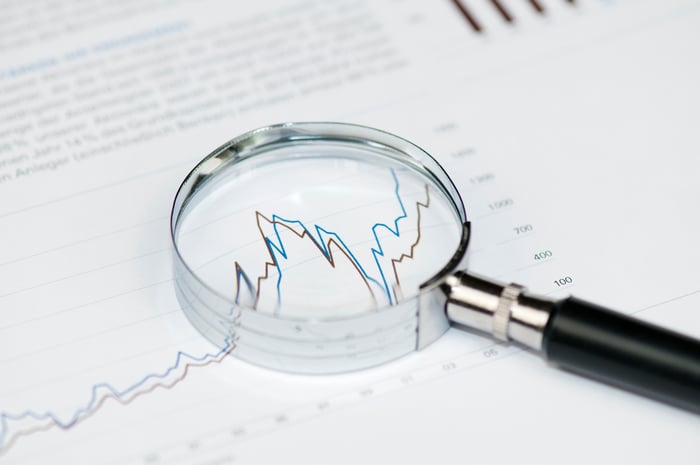 3D printer makers have been around for a long time now, and ExOne is no newb in the additive manufacturing industry, with a history of over 15 years. So the near-500% surge in its stock over the first five weeks of the new year is remarkable.

One reason ExOne is among the top 10 stocks this year is that Wall Street turned bullish on its growth prospects. A Stifel analyst, for example, believes the 3D printer company's current leadership position in binder-jetting technology gives it a first-mover advantage in industrial adoption of the technology for parts production, despite increasing competition.

Now it's partnering with Rapida, a Canadian technology company that will help ExOne produce a "complete metal 3D printing system" that will allow printed parts to bypass the cumbersome thermal debinding process that delays production by up to five days, so they can go directly into the furnace. It's a big advance in the 3D printing process.

ExOne has the right of first refusal to a majority stake in Rapida, and investors should definitely keep an eye on this 3D printing company that seems to be reigniting interest in the additive manufacturing industry.

Chinese podcast platform Lizhi was quiet through most of 2020. But it doubled in value overnight in early December after announcing a series of partnerships with some of China's more notable electric vehicle manufacturers, including Xpeng and GAC AION New Energy Automobile, to develop better in-car audio experiences.

The stock was treading water again in January, until it began spiking as another deal was signed, this time with leading toy designer and retailer Pop Mart to create a branded podcast channel for the company. A letter to shareholders from CEO Jinnan (Marco) Lai, sharing his vision for turning Lizhi into a global audio force to be reckoned with, made its stock the second-best performer in the market on one day.

Admittedly, that's some pretty thin gruel to base an investment on, and until Lizhi actually begins showing results from these partnerships, its stock is going to be volatile. But China's EV market is quickly transforming into a major force of its own, and being the first to market with advanced audio technology could make Lizhi the leading sound specialist in the space.

Marijuana producer Tilray was another stock sleepwalking through 2020. The new year started off with a bang after it announced a pot stock megamerger with Aphria that would form the world's largest cannabis company in the world in terms of revenue.

That was followed by Democratic wins in the Georgia U.S. Senate runoff elections, bolstering the potential for marijuana legalization at the federal level. The current legal framework for marijuana has been a serious stumbling block to widespread adoption of cannabis- and CBD-based foods and beverages.

Tilray introduced marijuana drinks in Canada through its partnership with Anheuser-Busch InBev when such beverages became legal there. It ought to be able to replicate that in the U.S. if and when marijuana is legalized here. Aphria's acquisition of craft brewer SweetWater gives the company access to distribution in 27 states currently.

The marijuana producer is also exploiting the chance to expand its presence in international medical marijuana markets. It just gained licenses in Portugal and the U.K. to import and distribute medical cannabis products in those markets.

Marijuana stocks have been mostly a losing bet since they burst onto the market a few years ago, but momentum looks to be turning in their direction, and investors would do well to keep an eye on the best of them. While the experience in Canada showed how bungling bureaucrats can undermine the potential of a massive market that really needs little marketing to sell itself, Tilray's size and reach could let it make a name for itself in the marijuana industry and in an investor's portfolio.