Please ensure Javascript is enabled for purposes of website accessibility
Log In Help Join The Motley Fool
Free Article Join Over 1 Million Premium Members And Get More In-Depth Stock Guidance and Research
By Leo Sun - Feb 10, 2021 at 9:17AM

Which fast food chain is the better long-term investment?

Yum China, which was spun off from Yum Brands (YUM 0.26%) in late 2016, operates and franchises more than 10,000 restaurants in over 1,400 cities across China. Its two largest brands are KFC and Pizza Hut, while its other smaller banners include East Dawning, Little Sheep, Huang Ji Huang, COFFii & JOY, and Taco Bell.

Starbucks operates over 4,800 stores in China, making it the country's second-largest coffee chain after Luckin Coffee (LKNC.Y 6.25%). China is Starbucks' second-largest market after the United States. 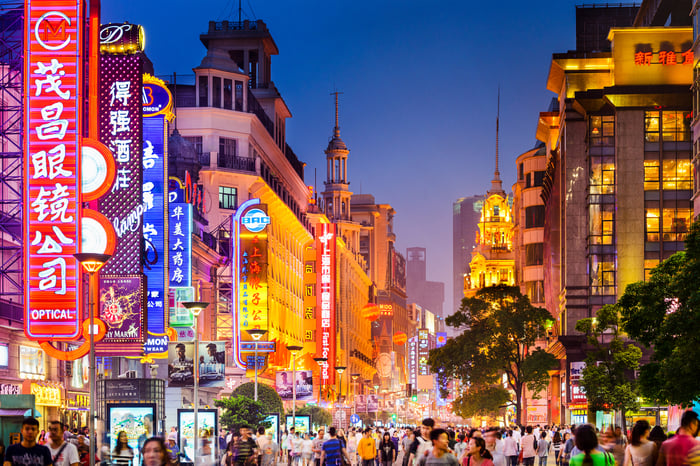 Both companies struggled with store closures throughout the COVID-19 crisis, but Yum China's stock rallied roughly 40% over the past 12 months as Starbucks' stock advanced more than 20%. Investors clearly expect both chains to recover after the crisis passes, but which stock is the better all-around investment?

Those numbers look grim, but most of the damage occurred in the first half of the year. Its same-store sales fell 15% in the first quarter as it closed most of its dine-in stores across China, and fell 11% in the second quarter.

But after reopening nearly all of its stores, Yum China's same-store sales dipped just 6% in the third quarter and 4% in the fourth quarter. Meanwhile, it continued to open new stores, adding 1,165 new locations throughout the year even as it faced tough macro headwinds.

Those new store openings boosted Yum China's restaurant margin and revenue year-over-year in the third and fourth quarters. It attributed that resilience to new products, including KFC's Wagyu beef burger and Pizza Hut's Portuguese chicken curry, and its prior investments in digital orders and deliveries.

Yum China didn't provide any precise guidance for 2021, but it expects a resurgence in COVID-19 cases to throttle its growth in the first quarter and for its recovery to remain "nonlinear and uneven." However, it still expects to open about 1,000 new stores throughout the year.

Analysts expect Yum China's revenue and earnings to rise 21% and 31%, respectively, this year against easy comparisons to 2020. But investors should take those estimates with a grain of salt, since the recent outbreaks in China indicate the pandemic is far from over.

Starbucks revenue and adjusted earnings declined 11% and 59%, respectively, in fiscal 2020. Its global comparable store sales dropped 14%, with double-digit declines throughout the second and third quarters, while rising COVID-19 expenses squeezed its operating margins. 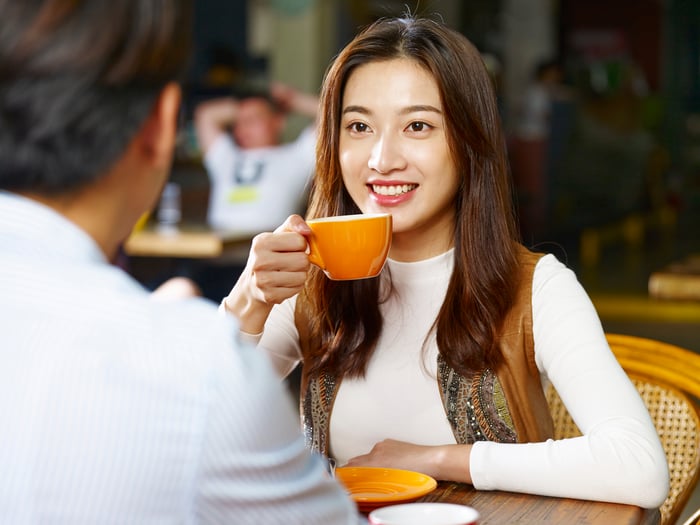 But like Yum China, Starbucks increased its store count (both in the Americas and internationally) throughout 2020, which set the stage for a stronger post-pandemic recovery. Its store reopenings -- along with deliveries, entryway pickups, and drive-thru orders -- also brought in a steady stream of customers throughout the crisis.

However, Starbucks's stock recently dipped after it posted a mixed first-quarter report. Its revenue fell 5% year-over-year to $6.7 billion, missing estimates by $170 million, and its comps fell 5% in the U.S. and largely offset its 5% comps growth in China. Its adjusted earnings declined 23% to $0.61 per share but still beat expectations by six cents.

On the bright side, Starbucks reiterated its prior guidance, which calls for 18%-23% global comps growth, 131%-148% adjusted earnings growth, and 2,150 new store openings for the full year. Analysts expect its revenue and earnings to rise 21% and 143%, respectively, for the full year.

Those estimates suggest Starbucks' business should stabilize over the next few quarters, but it also experienced a surge in COVID-19 infections in several markets, including the U.S., during the first quarter. It also warned that new waves of infections could derail its fragile recovery.

Yum China trades at 26 times forward earnings. It suspended its dividend in the first quarter of 2020, but resumed payments in the fourth quarter, which gives it a forward dividend yield of 0.8%.

Starbucks trades at 31 times forward earnings. It didn't suspend its dividend throughout the crisis, and it currently pays a forward yield of 1.7%.

I'm not in a hurry to buy either stock right now, since the ongoing pandemic could still generate unpredictable headwinds for both companies. But if I had to pick one over the other, I'd stick with Starbucks -- it's better diversified geographically, it offers a clearer and more confident outlook for the rest of the year, and it pays a higher dividend.