Shares of Hyliion Holdings (HYLN 7.19%) closed up 31% on Thursday, having traded up as much as 41%, after the electric-truck drivetrain start-up unveiled a new, improved battery module. The stock has been volatile since the company went public last summer, and the news reversed what has mostly been a downward push by the shares in recent months. 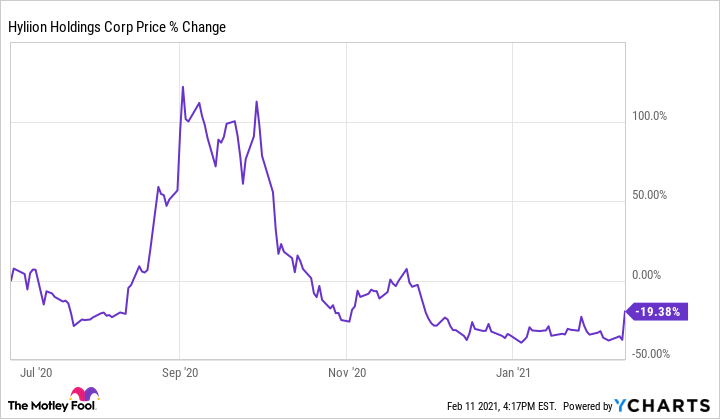 Hyliion is one of a number of start-ups working to electrify the automotive industry. But unlike Tesla or NIO, Hyliion is not making cars. Instead, it is selling an electric powertrain that can turn existing diesel tractor-trailer trucks into more efficient hybrids and a separate product for new electric or hydrogen-powered trucks.

"Whether it's our hybrid system or our fully electric powertrain, Hyliion's solutions are designed to give customers the greatest flexibility as they transition to electrified transportation," CEO Thomas Healy said in a statement. "The development of this next generation battery module represents a key milestone in the Hybrid commercialization process, further strengthening our overall technology platform as we innovate future solutions." 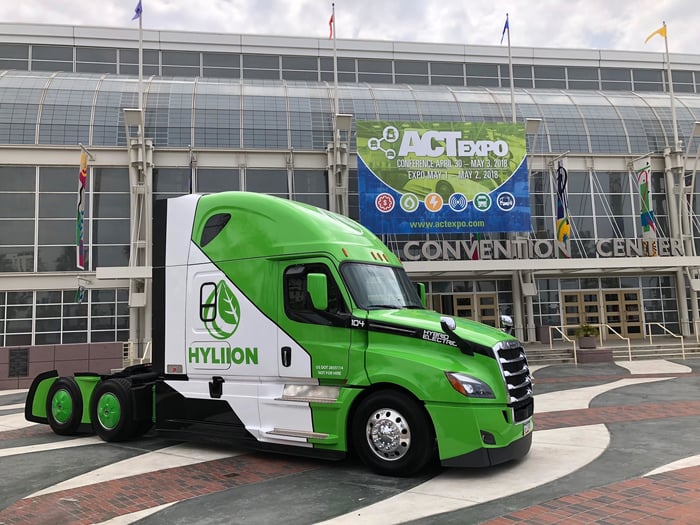 Hyliion is an interesting company in what is suddenly becoming a very crowded market. The company has some advantages, including its ability to integrate its tech into existing fleets instead of making truck owners buy new. It also is asset light, working with manufacturing partner Dana instead of operating its own factory.

A better battery is another step in the right direction and good reason for investors to get excited. But be warned that Hyliion is still a very early-stage company with great potential but great risk. Nothing about that changed today, despite the stock's rapid rise.