Please ensure Javascript is enabled for purposes of website accessibility
Log In Help Join The Motley Fool
Free Article Join Over 1 Million Premium Members And Get More In-Depth Stock Guidance and Research
By Rich Smith - Feb 13, 2021 at 6:53AM

Elon Musk wants to save taxpayers tens of billions of dollars by launching rockets cheaper.

For the past several years he's been working on the problem. First he was toying around with a "Grasshopper" rocket to see if it might be possible to launch and then safely reland part of a rocket. SpaceX then scaled up Grasshopper into the reusable Falcon 9 rockets that have become a mainstay of space launch, landing some on dry ground and others at sea. Next came the invention of recoverable and reusable space capsules, and finally boats outfitted with giant nets to capture falling rocket fairings before they fall into the sea.

Step by step, Musk has learned to recover the bulk of the value of each rocket launched, saving money by not having to rebuild more and more parts and, instead, using them over and over again.

But he's not done yet. Now he's building a rocket that is 100% reusable. And it's almost ready for prime time. 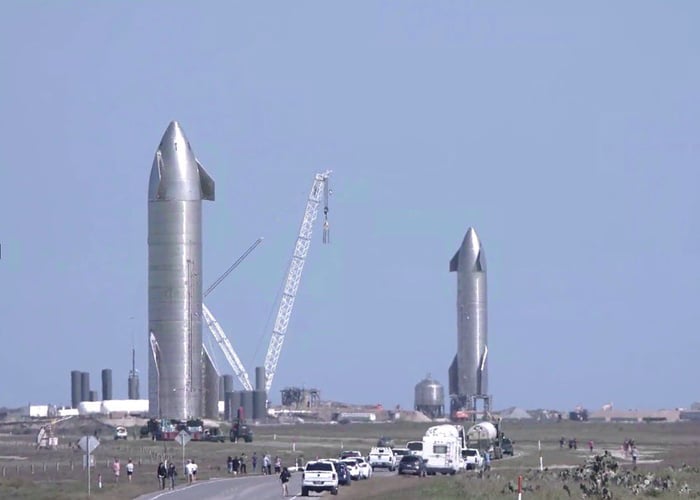 The first and last flight of Starship SN9

On Tuesday, Feb. 2, SpaceX conducted its second-ever high-altitude flight test for a new 100% reusable rocket -- the Starship. Over the course of 6 minutes and 26 exciting seconds, Starship model "SN9" flew 10 kilometers up into the air, turned sideways, fell 10 kilometers back down, pivoted again to attempt a vertical landing -- and failed to stick the landing.

Descending too fast, and touching down more diagonal than vertical, SN9 exploded in a ball of flame on impact. In doing so, it duplicated the fate of its predecessor prototype, the SN8, which had actually come closer to landing successfully in its test flight back on Dec. 9.

Why did the SN9 fail? How did it actually seem to perform worse than the SN8? See for yourself:

For one thing, the SN9's engines waited three seconds longer to reignite for its landing burn last week than the SN8 did two months ago. Making matters worse, says SpaceX, "one Raptor engine did not relight at all, causing SN9 to land at high speed" (and off kilter).

If at first (and second) you don't succeed, do you give up?

So in sum, SpaceX tweaked its landing process for the SN9, but a mechanical difficulty prevented this new approach from working -- this time. The good news is that SpaceX already has "a clear solution" to the problem (firing three engines in the landing burn instead of two).

That said, the ship landing burn has a clear solution. My greatest concern is achieving good payload to orbit with rapid & full reusability, without which we shall forever be confined to Earth.

It was foolish of us not to start 3 engines & immediately shut down 1, as 2 are needed to land

Within hours of the SN9 blowing up, SpaceX has already figured out how to do better next time. And there will definitely be a next time -- perhaps sooner than you think.

Consider: The SN8 ran its test flight on Dec. 9, 2020. Less than two months later, SpaceX was ready to try again with the SN9. And in the photo up above, you may have noticed that SpaceX already has a third Starship rocket lined up for its turn to try -- the SN10. (And an SN11 is under construction as we speak.)

In total, SpaceX expects to go through as many as twenty SN- prototypes in rapid succession before finally outfitting one with a full complement of six Raptor engines (these test versions only use three) and sending it to orbit. So even with the SN9 in smithereens, this implies the company is nearly halfway done with its testing.

With the pace of test launches accelerating, it seems likely that before this year is out, we could see a Starship in orbit.

At that point, SpaceX will be the only company on Earth possessing a fully recoverable, fully reusable space rocket -- and not just that, but the biggest space rocket on the planet, capable of lifting more than 100 tons of cargo to orbit.

I don't think it's overstating things to say that once this happens, the world will change.

All of a sudden, SpaceX will possess a rocket that, once built, needs little more than refueling before it can be reused over and over again, driving the cost of space launch down toward the cost of filling up the tank. Most everyone trying to compete with SpaceX, though -- and I'm thinking particularly of Boeing and Lockheed Martin and their United Launch Alliance joint venture here -- will still be using more expensive expendable rockets. That, or they'll be racing to catch up with SpaceX, as Arianespace in Europe, Linkspace in China, and Roscosmos in Russia are doing.

And even those rockets will be a generation behind SpaceX, being only partially reusable (similar to the Falcon 9).

While its competitors catch up to the last generation of reusable rockets, meanwhile, SpaceX can begin phasing out its own Falcon 9s and Falcon Heavies -- and the landing barges, fairing catchers, and all the other infrastructure needed to recapture its rocket parts piecemeal. Its overhead costs will go down, its cost of doing business will go down, and SpaceX will be able to underprice each and every company it competes with, dominating the space industry for years to come.