Please ensure Javascript is enabled for purposes of website accessibility
Log In Help Join The Motley Fool
Free Article Join Over 1 Million Premium Members And Get More In-Depth Stock Guidance and Research
By Howard Smith - Feb 16, 2021 at 9:50AM

A natural gas shortage caused by a severe winter storm has forced Ford (F 3.89%) to shutter its Kansas City, Missouri, factory, where the F-150 pickup and Transit van are produced, the company said on Monday. At the same time, General Motors (GM 5.55%) said four of its plants -- in Texas, Kentucky, Tennessee, and Missouri -- would suspend operations due to the storm disruptions, The Detroit News reports.

The interruptions in production come at a time of high demand, and on the heels of other outages caused by a global shortage of semiconductor chips. Parts of the same Ford Kansas City plant were affected by the chip supply issue, but now the entire factory is expected to be shut down until next Monday. The plant produces the highly profitable F-150 pickup as well as the popular Transit commercial van. 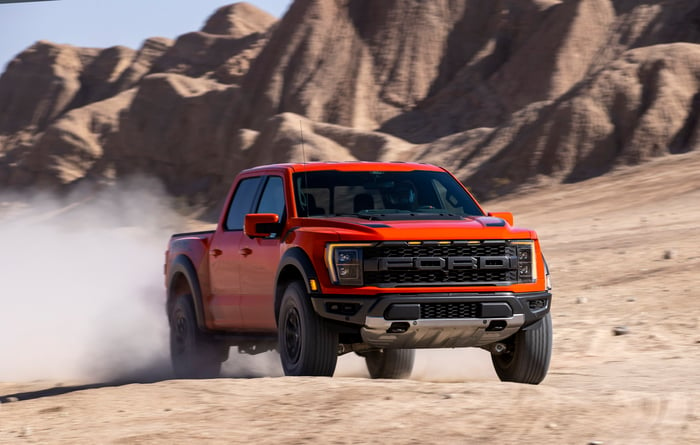 "Due to unseasonably cold temperatures in the midsection of the United States, Ford was warned that the availability of natural gas could be restricted in the Kansas City area in the coming days," Kelli Felker, Ford's global manufacturing and labor communications manager, said in a statement. She added that the decision to suspend operations was made "to ensure we minimize our use of natural gas that is critical to heat people's homes."

GM models impacted by its factory shutdowns include the Corvette, GMC Yukon, Chevrolet Suburban and Tahoe, and the Cadillac Escalade. Investors should expect to hear more details on these disruptions, since they come at a time of high demand as the companies work to rebuild inventories after pandemic-related suspensions early in 2020.