So why are U.S. fuel cell stocks down today? Ask Norway. 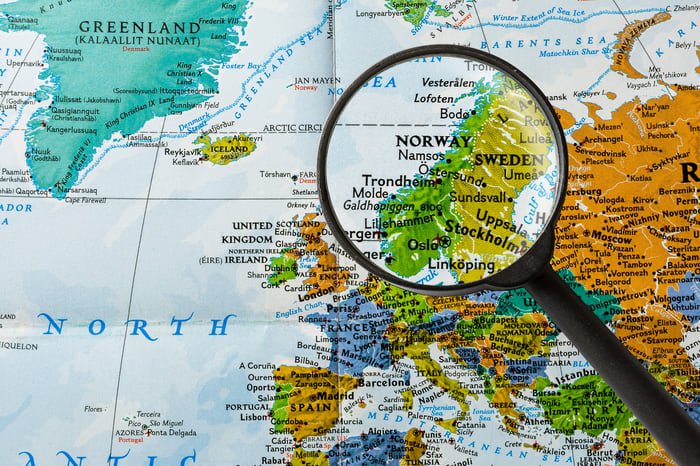 Remember the commercial that General Motors (GM 1.70%) ran during "the big game" earlier this month? You know, the one with Will Ferrell throwing a fit over Norway selling more electric vehicles than America?

Norway is crushing us at EVs. That's crazy. We have to do better. Are you in? #EVerybodyIn #NoWayNorway pic.twitter.com/QH8kXRd4rp

Well, it turns out battery-powered EVs aren't the only kind of clean energy that Norway is interested in beating America in. Earlier this morning, hydrogen economy enthusiast H2-View.com reported that Norway is also building its first large-scale fuel cell production facility -- a "gigafactory" that will churn out 1.2 gigawatts of fuel cells to power "hydrogen-powered ships and other heavy-duty installations."

It's not clear precisely how much of a threat this new facility poses to the existing businesses of Plug, FuelCell, or Bloom. But H2-View notes that Austrian engineering company AVL, a company possessing "150 patents within the fuel cell industry" has been enlisted to help with the effort.

This implies that Norway may have no need to license technology from Plug, FuelCell, or Bloom Energy. And with a planned operational start date of 2022, the competition for American fuel cell companies could be heating up soon.

Europe's plans to spend "hundreds of billions of euros in technologies enabling it to get a substantial share of its energy from hydrogen by 2050" was a big catalyst fueling Plug Power's sudden rise in stock price last year. When you consider that Norway is a local competitor that can be expected to compete aggressively for a share of these billions of euros, it's not surprising that investors in Plug, in FuelCell, and in Bloom Energy, too, are feeling a bit nervous today.