Please ensure Javascript is enabled for purposes of website accessibility
Log In Help Join The Motley Fool
Free Article Join Over 1 Million Premium Members And Get More In-Depth Stock Guidance and Research
By Keith Speights - Feb 18, 2021 at 6:03AM

Tilray (TLRY) has given investors plenty to cheer about so far this year. Its share price has more than quadrupled partly due to excitement about the pending merger with Aphria (APHA). However, Tilray's business performance hasn't been so great in recent quarters. Until now.

The Canadian cannabis producer announced its fourth-quarter results following the market close on Wednesday. The marijuana stock soared 9% in after-hours trading. Here are three reasons to applaud Tilray after its Q4 update. 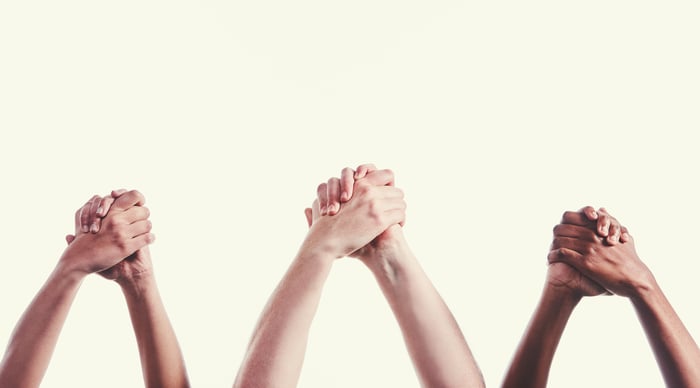 In the third quarter of 2020, Tilray reported flat overall revenue compared to the prior-year period. Its cannabis revenue even fell 11% year over year. The company's performance in Q4 was much better.

The only fly in the ointment was hemp segment revenue, which fell 18% year over year to $15.3 million. Tilray attributed this decline to a large customer shifting to a private-label product along with changes in consumer shopping patterns due to the COVID-19 pandemic.

The company's higher revenue helped improve Tilray's gross margin. However, the main difference was a significantly lower cost of sales in Q4. There was good and bad news with Tilray's increased gross margin, though.

The good news is that the company recorded much lower inventory valuation adjustments than it did in the prior-year period. This pulled its cost of sales down a lot. The bad news is that Tilray's average cannabis net cost per gram rose year over year. This increase stemmed mainly from the company's discontinuation of bulk sales and, to a lesser extent, from greater sales of cannabis derivative products, which have higher costs than dried flower.

Arguably the best news of all for Tilray in the fourth quarter was its positive trend for adjusted earnings before interest, taxes, depreciation, and amortization (EBITDA). Tilray delivered on its goal of achieving positive adjusted EBITDA in Q4.

One final hurrah to come?

Tilray could have one more quarter to report in its current form. The pending merger between it and Aphria is expected to close in the second quarter of 2021. The combined entity will still use the Tilray name. But the company will look much different after the merger with Aphria.

Aphria shareholders will own the majority of the combined company (62%). Current Aphria chairman and CEO Irwin Simon will hold those same positions in the post-merger organization. Aphria will have seven seats on the board of directors compared to only two current Tilray directors plus a new director to be named. In reality, the "new" Tilray will be more Aphria than Tilray.

Tilray deserves the hoorays for its Q4 update. But, in a real sense, the company could only have one final hurrah on the way.