Please ensure Javascript is enabled for purposes of website accessibility
Log In Help Join The Motley Fool
Free Article Join Over 1 Million Premium Members And Get More In-Depth Stock Guidance and Research
By Lou Whiteman - Feb 19, 2021 at 11:55AM

The deal would give it ownership of some of the most-trafficked housing rental sites on the Internet.

Redfin (RDFN 6.63%) on Friday announced an aggressive push into the home rental market, saying it plans to acquire RentPath for $608 million in cash.

RentPath is an online destination for rental listings, running sites including Rent.com, Rentals.com, and ApartmentGuide.com that combined attract about 16 million monthly visitors. RentPath has been operating under bankruptcy protection since February 2020, and hopes to use the acquisition to exit Chapter 11.

RentPath has more than 20,000 apartment buildings on its rental websites, and grew its traffic more than 25% last year. We can almost double that audience, as one in five of Redfin.com's [over 40 million] monthly visitors also wants to see homes for rent. Together with RentPath, we can create an online destination for every North American to find a home. 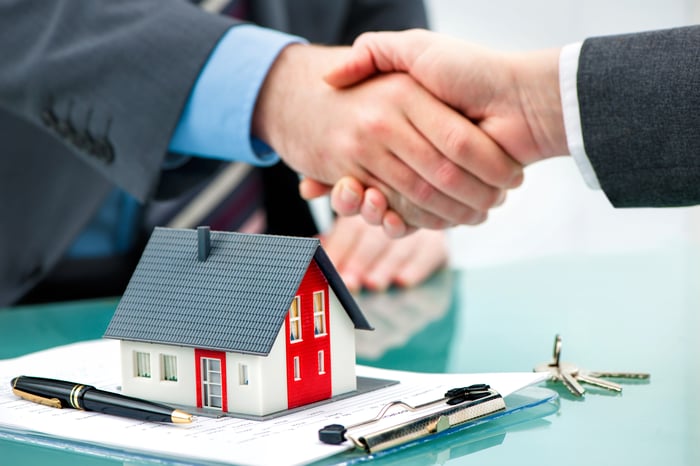 RentPath generated $194 million in revenue in 2020, and had about 700 employees as of year's end. This would be the largest acquisition to date for Redfin, which has about 4,000 total employees and annual sales of $875 million.

The deal is subject to regulatory and bankruptcy court approval, which is no given. RentPath in December terminated an agreement to be acquired by CoStar Group after the Federal Trade Commission filed to block the deal, arguing that it would over-consolidate the residential retail market.

Redfin today has a much smaller presence in rentals, which should hopefully help it avoid CoStar's issues and win deal approval.