Please ensure Javascript is enabled for purposes of website accessibility
Log In Help Join The Motley Fool
Free Article Join Over 1 Million Premium Members And Get More In-Depth Stock Guidance and Research
By Zhiyuan Sun - Feb 20, 2021 at 6:33AM

This mid-cap pot grower has more than quadrupled investors' money in the past six months, but it could very well light their gains up in flames.

Even the most seasoned investors were stunned in January, when traders of the r/WallStreetBets subreddit orchestrated a short squeeze that sent shares of brick-and-mortar video game retailer GameStop (GME 2.16%) up over 1,000% in less than a month (although its share price has significantly decreased again). Now, those same traders have turned their attention to shares of Canadian marijuana producer Sundial Growers (SNDL -3.98%). Many new investors have hopes that Sundial could be the stock that helps them get rich quick.

While GameStop investors had genuine grievances for the stock's undervaluation, the same doesn't necessarily apply to Sundial. I think this is one pot stock you should avoid at all costs. 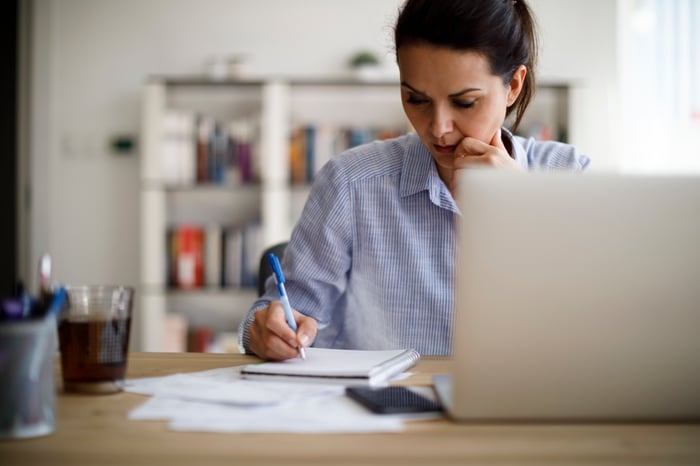 Why say no to Sundial?

Sundial ran out of its cash proceeds in February 2020, just two quarters after its IPO. In response, the company sold a ridiculous amount of stock for capital, far in excess of anything it needed to survive. In August 2020, the pot grower's outstanding shares amounted to less than 200 million. By Feb. 4, 2021, however, its share count had grown to a stunning 1.56 billion.

Bullish investors may point to the facts that Sundial has gotten rid of its debt and has more than CA$672 million in cash and securities as reasons for their enthusiasm. Those are fair points, as emerging marijuana companies often need to raise a large amount of cash before investing in growth operations for a positive return.

The last part, however, is where Sundial falls short. During third-quarter 2020, the company's revenue declined by 36% year over year to CA$12.9 million. Simultaneously, its gross margin fell by 323% from last year's quarter to negative CA$17.29 million. Sundial had to dispose of its Kamloops, British Columbia (BC) facility and suspend operations in its Merritt, BC plant, citing a lack of consumer demand.

Indeed, its quarterly dried cannabis sold fell by 23% compared to Q3 2019, while its products' net selling price dropped by 37% to CA$2.21 per gram in the same period. The company also had to write off CA$20 million in obsolete inventory and take CA$60 million in asset impairments. All things considered, its operating loss amounted to CA$89.2 million in Q3 2020, or almost seven times its revenue.

While the company bled shareholders' cash, management took off with golden parachutes. The company paid its executives CA$3.12 million in share-based compensation during the quarter, accounting for nearly 20% of its sales.

Despite having a large amount of capital, Sundial doesn't have a track record of turning it into solid profits. In fact, quite the opposite: Investors would like to see their stakes get smaller and smaller via round after round of dilutions and accelerating losses. Given its mind-boggling $3.05 billion market cap -- and a price-to-sales (P/S) multiple of 48 -- it is clearly very overvalued. Due to the surge in interest on Reddit, the stock more than tripled in value over the past month.

Investors should realize that while the stock has made them very wealthy in a short period of time, now is not the time to hold on for dear life in hopes of Sundial going to $5 or $10. Instead, take the profits and get out while you still can. There are cannabis companies out there growing their revenue by nearly triple-digit percentages each year, that can turn a profit, and yet still trade at cheaper valuations than Sundial. Picking one of those would be a much safer (and still exciting) bet.