If the company can iron out its kinks, the product would launch in the very near future.

Anyone who owns a smartphone, particularly a recent-model Apple (AAPL -5.64%) iPhone, eventually experiences battery drain. Well aware of this, the company is developing a wireless battery pack to sheathe its iPhones and recharge the devices. That's according to a report published Monday by Bloomberg citing "people with knowledge of the matter."

According to those sources, Apple has been developing the battery pack for at least a year. Apparently there were hiccups with the phone's software, which at times falsely signaled that the charger was overheating. There were also issues in pairing the device with a phone case, a common accessory for smartphone users. 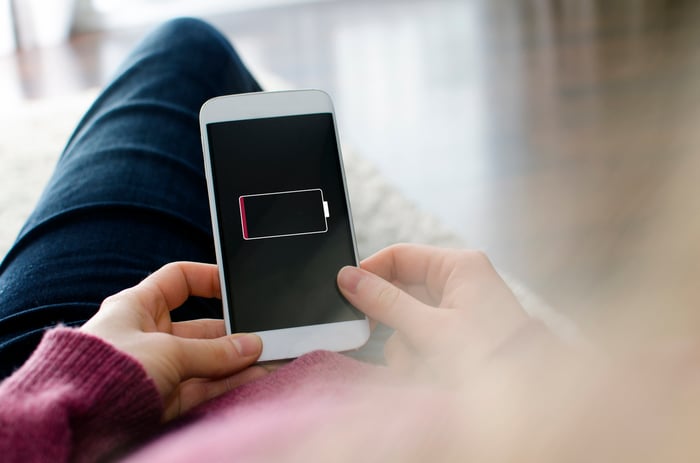 If the company can't overcome these challenges, the launch of the battery pack could be delayed, or even canceled entirely, the article's sources said.

The product, which should launch within months if it makes it past the development stage, attaches to the phone using the MagSafe magnetic attachment system the company introduced to its phones with the current iPhone 12 line.

While sales of the current iPhones have been brisk thanks in no small part to customers' eagerness to upgrade to a 5G-ready device, Apple is somewhat constrained by a saturated global smartphone market. Accessories such as battery packs offer a good revenue source without straying far from the company's core offerings.

In Apple's most recently reported quarter, accessories were responsible for nearly $13 billion in sales, or 12% of the total.

On Monday, Apple stock fell by almost 3%, a steeper drop than that experienced by the S&P 500 index.