Another huge move has the video game retailer in the news again.

Long-term investors generate life-changing returns by identifying high-quality companies with the potential to become leaders in their industries. But it's only human nature to pay attention when stocks that don't necessarily have the best prospects for long-term success suddenly soar. GameStop (GME -6.61%) now holds a place in the hearts of many people who casually watch the stock market, and today, its stock is regaining some of its former glory.

GameStop shares doubled in the regular trading session that ended at 4 p.m. EST, moving from $45 to almost $92 per share. But that proved to be only the beginning, as the stock kept soaring in the after-hours trading session. As of 5 p.m. EST, GameStop had risen to $170, with the shares fetching as much as $200 earlier in that one-hour period. 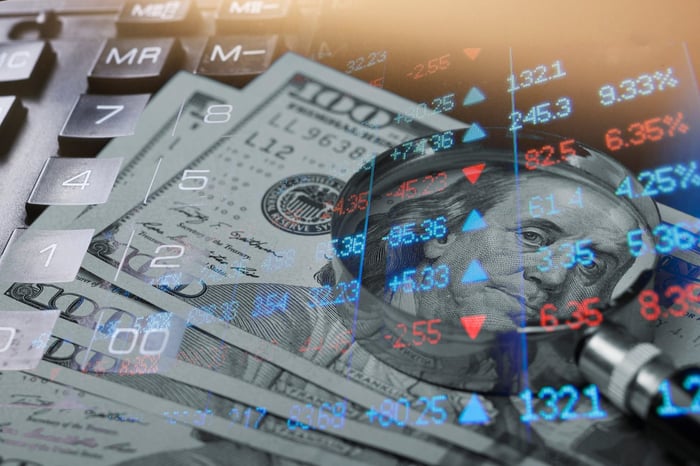 Fellow story stock AMC Entertainment Holdings (AMC -8.89%) got a smaller bump higher. The movie theater operator climbed 18% in the regular session and added another 12% after hours, pushing above the $10 per share mark by 5 p.m. EST.

What got GameStop back in the news was a big move in the corporate suite. The video game retailer announced late Tuesday that CFO Jim Bell would step down from his role at the company effective March 26. GameStop has started a search for a replacement, looking specifically for the "capabilities and qualifications to help accelerate GameStop's transformation."

GameStop also has an internal candidate in mind if it can't find a permanent CFO in that timeframe. Chief Accounting Officer Diana Jajeh would become interim CFO in that event, with her executive experience giving her ample ability to get the job done.

The company's release didn't mention reasons for Bell's departure, but reports suggested that the departing CFO might not have been the idea fit for GameStop's plans to focus more on e-commerce and technology rather than traditional retail. Bell has considerable retail industry experience, including work at Gap (GPS -7.01%) and other retailer and restaurant companies.

However, the stock didn't immediately jump on that news Tuesday afternoon. Indeed, it wasn't until after 3 p.m. EST that GameStop's share price made any particularly large gain.

It was obvious to look at the Reddit forum WallStreetBets for guidance. After all, participants there were instrumental in the short squeeze that sent GameStop's stock soaring less than a month ago. However, even posters there seemed to be surprised by the ferocity of the move.

GameStop's attempt at digital transformation isn't going to happen overnight, and progress will be slow and incremental. That might not stop the company's stock from experiencing huge surges and stomach-churning drops. However, long-term investors shouldn't take today's gains as a sign of any clearly stated strategic vision that would justify a move of this magnitude.