Please ensure Javascript is enabled for purposes of website accessibility
Log In Help Join The Motley Fool
Free Article Join Over 1 Million Premium Members And Get More In-Depth Stock Guidance and Research
By Rich Duprey - Feb 25, 2021 at 10:54AM

Some voyages have been postponed even further.

Without any visibility from the U.S. Centers for Disease Control for when people will be able to resume taking cruises again, cruise ship operators are canceling more voyages. Both Carnival (CCL -0.15%)(CUK 0.00%) and Walt Disney (DIS 3.33%) announced they were pushing their expected launch date for cruises back until June.

It follows Norwegian Cruise Line Holdings' (NCLH -1.31%) decision earlier this month to cancel its cruises aboard certain brands until after May. Royal Caribbean (RCL -0.05%) currently still has a tentative May launch date. 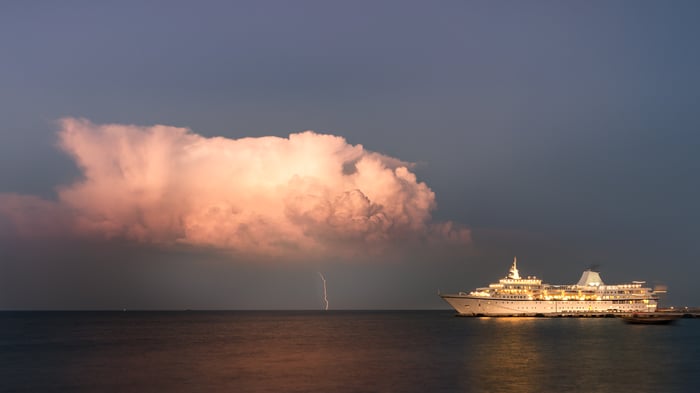 Carnival announced it notified passengers that it has "paused operations from U.S. ports" until after May 31, but also notes that a date for when guests can begin cruising again has not been determined.

For those who already booked a cruise that is affected by the new cancellations, Carnival is offering credit for a future cruise as well as credits for onboard amenities, or a full refund.

Similarly, Disney said it suspended all cruises from U.S. ports until June, but voyages aboard the Disney Magic, which sails to European ports, have been canceled through Aug. 10. It also is evaluating cruises aboard the Disney Wonder in Alaska because of the Canadian government's decision to ban all cruises until March 2022. Affected guests will also be entitled to a future cruise credit or a full refund.

Cruise line stocks got a boost the other day after Royal Caribbean said consumers still want to go on cruises as year-to-date bookings were running 30% higher than they were in November and December. Shares of cruise ship operators have risen around 20% in the past week.