Please ensure Javascript is enabled for purposes of website accessibility
Log In Help Join The Motley Fool
Free Article Join Over 1 Million Premium Members And Get More In-Depth Stock Guidance and Research
By John Ballard - Feb 25, 2021 at 11:22AM

The online tech titan and e-commerce powerhouse continues to stack the deck in its favor.

Amazon (AMZN 1.42%) is a perfect example of how investors can find wealth-building investments right under their noses. The e-commerce giant has become a household name, with more than 150 million Prime members and $386 billion in annual sales. Despite its immense size, Amazon keeps delivering market-beating returns to investors.

Amazon is now sporting a market capitalization of $1.6 trillion and its stock has delivered a return of nearly 500% over the last five years. Given its size, some might suggest the company has finally reached the top and will begin to level out. And yet the company continues to reinvest its profits in pursuit of abundant growth opportunities. 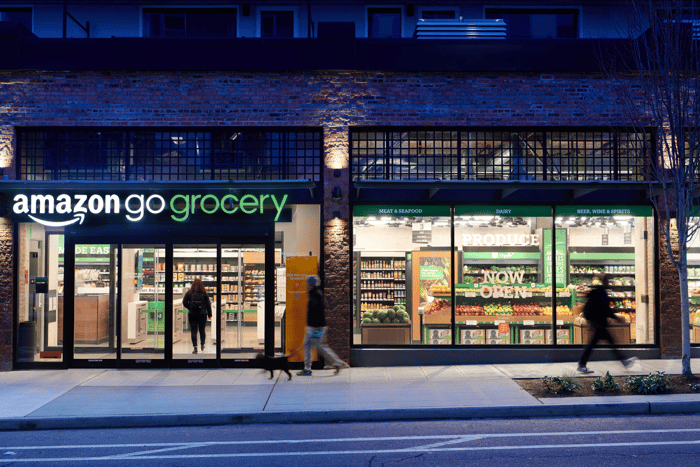 The first thing that jumps out about Amazon is that, while it's a large business, it continues to grow like a small one. In 2020, sales accelerated to a 38% growth rate, up from a still-robust 20% growth rate in 2019. And there isn't any sign that this momentum is waning.

One of Amazon's biggest advantages over the competition is logistics. At the end of 2020, the company had a massive 390 million square feet of fulfillment facilities and data centers. That's more than double its square footage in 2017. Management reported during its fourth-quarter earnings call that its square footage grew about 50% during the last year.

Amazon is going to need the extra capacity since Prime members continue to shop more frequently than before the pandemic. This led to a further acceleration in sales growth during the holiday quarter, reaching 44% year over year.

The investment in fulfillment capacity not only leads to greater product selection and shipping efficiency, all of which keeps customers satisfied, but it also sets up Amazon for big profits down the road. Once a new fulfillment center is built, there's limited extra expense to keep it running, which means more incremental sales can be converted into a profit. This explains why the acceleration in sales during the holiday quarter contributed to a whopping 77% increase in operating income.

Retail dominance is only part of the story

Amazon might have surprised some investors with the announcement that founder Jeff Bezos will step down as CEO in the third quarter of 2021, but nothing fundamental about the company is likely to change. Bezos will still be actively involved in making critical decisions about Amazon's future, so the news is actually a signal of how great the company's future looks.

Handing the CEO reins to Andy Jassy, who is currently head of Amazon Web Services (AWS), makes sense because technology is at the heart of Amazon. AWS continues to gain business from corporations looking to expand their use of cloud services. While retail is the core of Amazon's business, it's just as much a cloud company as anything else.

One analyst estimated the value of AWS alone at $500 billion, but that was in 2019 and AWS has continued to grow at high rates. Still, that puts the value of AWS at nearly one-third of the whole Amazon pie, based on the company's current market capitalization.

Digital entertainment is another area that is starting to account for a greater percentage of Amazon's value to investors. Last year, Needham analyst Laura Martin estimated that Amazon's media assets -- including Prime Video, Prime Music, and Twitch, the popular video game streaming site -- were worth another $500 billion.

The growing value of these digital entertainment offerings reflects a wide competitive moat in the retail business. Amazon lured millions of customers in with free two-day shipping and has used things like Echo devices and free streaming to keep customers locked into a sticky ecosystem of services. Once you're a Prime member, it's not easy to cancel, and Amazon is only making it more difficult by adding more perks over time, such as free grocery delivery from Whole Foods.

It's all these reasons why Amazon remains one of the top growth stocks to buy in 2021. Amazon generated $31 billion in free cash flow last year, which will ultimately get reinvested in additional fulfillment centers, as well as digital content and services, all leading to more satisfied customers and happy investors.