Please ensure Javascript is enabled for purposes of website accessibility
Log In Help Join The Motley Fool
Free Article Join Over 1 Million Premium Members And Get More In-Depth Stock Guidance and Research
By Keith Speights - Updated Feb 26, 2021 at 11:12AM

The biotech's better-than-expected Q4 update pointed to even better days ahead.

Shares of Dynavax Technologies (DVAX -3.40%) were soaring 18.8% as of 10:50 a.m. EST on Friday. The big gain came after the company announced better-than-expected fourth-quarter results after the market close on Thursday.

Dynavax reported fourth-quarter revenue of $19.6 million, well above the average analyst estimate of $13.1 million. And while the company posted a net loss of $15.5 million, or $0.14 per share, its bottom line trended in a positive direction from the prior-year period and was a lot better than the $0.24 loss expected by Wall Street. 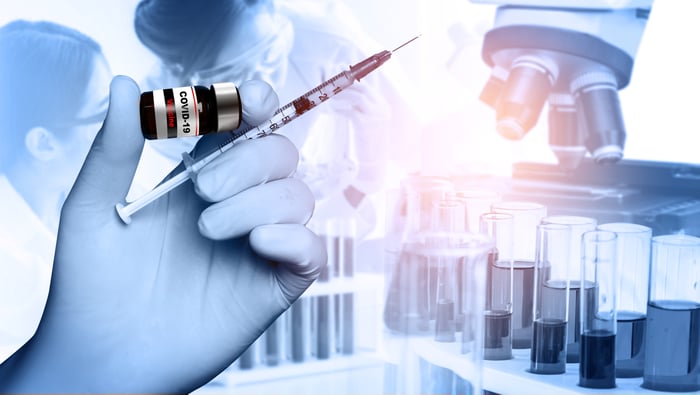 But the main reason behind the huge jump for the biotech stock today wasn't what Dynavax accomplished in the fourth quarter. Instead, investors were excited about what's on the way.

Dynavax expects to make between $40 million and $60 million in the first quarter of this year from its CpG 1018 vaccine adjuvant. The midpoint of that range is more than the company's total revenue in 2020. Even better, CEO Ryan Spencer said that CpG 1018 could be used in up to 500 million to 1.5 billion doses of vaccine annually starting in 2022.

In the past, Dynavax's fortunes were largely dependent on its hepatitis B vaccine Heplisav-B. The vaccine is still a major growth driver for the company, but its CpG 1018 adjuvant is what's firing up investors right now -- and deservedly so.

Throughout this year, look for results from Dynavax's collaboration partners that are using CpG 1018 as an adjuvant to their experimental vaccines. The company also expects to launch Heplisav-B in Europe in the fourth quarter.