Please ensure Javascript is enabled for purposes of website accessibility
Log In Help Join The Motley Fool
Free Article Join Over 1 Million Premium Members And Get More In-Depth Stock Guidance and Research
By Chris Neiger, Danny Vena, and Brian Withers - Feb 27, 2021 at 8:00AM

Don't miss out on these tech stock deals.

The tech sector has experienced huge gains since March of last year, as investors looked to technology companies that could thrive during a pandemic.

But lately, some tech stocks have taken a hit, and that's created a buying opportunity for investors. We asked three Motley Fool contributors for tech stocks that investors should snatch up while they're on sale and they came back with Roku (ROKU 2.15%), Datadog (DDOG 6.10%), and Apple (AAPL 1.62%). Here's why. 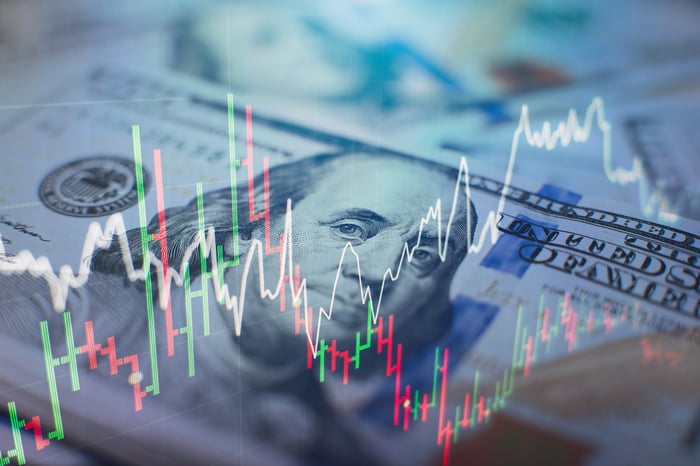 Danny Vena (Roku): Sometimes, the market just sells off. It's an unavoidable part of being an investor. But if you can recognize this simple fact and take advantage of these inevitable declines, it will improve the overall performance of your portfolio -- especially if investors are selling both good stocks and bad alike.

That has certainly been the case lately with Roku. From its recent highs, the streaming pioneer is selling at nearly a 20% discount as of this writing. Investors looking for a reason for the declining stock price will likely come away empty-handed. Consider the company's recent results.

Roku reported fourth-quarter results that easily outpaced expectations. Active accounts grew 39% year over year, while the average revenue per user (ARPU) increased 24%. Not only that, but existing viewers are spending more time on the platform, as streaming hours jumped 55%. This all helped drive revenue up 58% year over year, resulting in a surprise profit, but even that doesn't tell the whole story.

The streaming company makes the majority of its money from its platform segment, which includes digital advertising, The Roku Channel, and the Roku Operating System (OS), which the company licenses to connected TV manufacturers. Revenue from the platform segment surged 81% higher, accelerating to its highest level of growth since the second quarter of 2019.

The Roku OS was the No. 1 smart TV operating system in the U.S., included in 38% of all smart TVs sold in the country. A similar story played out in Canada, where the Roku OS commanded a 31% market share. The company has only just begun its international expansion, entering markets in Brazil, the United Kingdom, and Mexico. Roku is employing the same strategy that was so successful in the United States: build scale, increase engagement, and monetize user activity.

There are other reasons to be optimistic. A customer testimonial in Roku's Q4 shareholder letter explained why advertisers are flocking to Roku (emphasis mine): "For every dollar we spent on Roku versus a large social media platform in July 2020, we had a 65% better return on investment with Roku, as their promotional capabilities attract the right customers in the right mindset to build long-lasting relationships."

The Roku Channel is another important growth driver. During the fourth quarter, viewership grew nearly twice as fast as its overall platform growth, up more than 100% year over year, and reaching nearly 20% of all U.S. households.

Finally, not many companies can go head-to-head with Amazon and emerge victorious, but count Roku among the few. The Roku platform boasts 51.2 million active accounts, outpacing Fire TV's base of 50 million. Even more telling, Roku's growth accelerated to 38% year over year, while Fire TV's slowed to 25%.

Given the wealth of catalysts, the robust results, and the consistently strong execution, investors should buy Roku shares while they're still on sale. 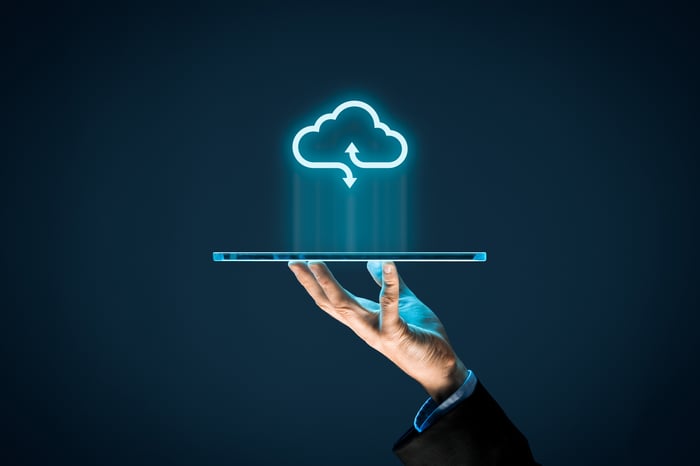 A (Data)dog that watches your clouds

Brian Withers (Datadog): With the recent tech stock sell-off, cloud monitoring subscription service company Datadog has dropped, too. It's lost over 15% in the last several weeks to below $100 per share. Tech investors just might want to snatch up this gem while it's on sale. Let's look at three reasons why.

First, the company's growth has been jaw-dropping. For the last five quarters, it's posted 50%-plus year-over-year revenue gains.

Even as the top-line growth slows as it gets bigger, the quarter-over-quarter gains have been in the double digits in four out of the last five quarters. This shows that the company has been able to post strong gains despite the pandemic as its products resonate with customers.

Second, the company's broad set of products are able to generate significant revenue per customer. With subscription offerings in infrastructure monitoring, log management, and security and network monitoring, customers can ensure their entire tech stack is operating properly. One customer, Peloton Interactive, depends on its real-time application performance monitoring tools to ensure its live fitness classes come off without a hitch. The number of customers using four or more products has doubled since last year from 10% to 22%, which may be part of the reason its $1 million annual revenue run rate customers have skyrocketed.

Finally, dependence on the cloud is in the early stages. The company estimated its addressable market as $35 billion when it filed its prospectus after it went public in September 2019. Its addressable market will expand as cloud influence grows and the company adds more capabilities, such as its recent acquisitions of Sqreen, a software-as-a-service (Saas)-based security platform, and Timber Technologies, a high-performance observability data pipeline. With $604 million in trailing-12-month revenue, it has a tiny 2% of the estimated market today.

Even though this cloud monitoring specialist is on sale, it's not cheap. With a price-to-sales ratio of 49, it is valued like premium SaaS players such as Shopify (P/S of 60) and C3 AI (P/S of 58). But for investors with a long-term mindset who buy a few shares today and add over time, this dog should provide years of loyal companionship and healthy returns.

Chris Neiger (Apple): Apple's stock took a bit of a nosedive over the past month, falling 14% as of this writing. Why the drop? It looks like some investors didn't like Apple's first-quarter 2021 results, but I think they're missing the bigger picture. Here's why.

First, Apple is still squarely in growth mode. The company's revenue in the first quarter jumped 21% to $111 billion and earnings per share popped 35% to $1.68. That level of growth is hard to come by for many companies, let alone one with a market cap of $2 trillion.

Second, Apple is just getting started with its services business. This segment includes all of the company's newer services, like AppleTV+ and Apple Music, as well as other services like the App Store and AppleCare. In the most recent quarter, Apple's services revenue increased 24% to $15.8 billion. That's impressive growth, but Apple's services will likely continue expanding. Some estimates put Apple's full-year services revenue at $100 billion just three years from now.

Finally, Apple still has a lot more room to dominate the wearables market. The company leads this space with about 32% market share and it isn't slowing down. With a long list of devices, from the Apple Watch to AirPods and Beats headphones, Apple is seeing significant growth in wearables. Revenue jumped 30% year over year in the company's wearables, home, and accessories segment to nearly $13 billion and there's room for more growth. Research firm Gartner estimates global wearable device sales will spike from $46 billion in 2019 to $94 billion in 2022.

With Apple still firing on all cylinders and the company's share price down over the past month, this is a great time for investors to start a position with Apple or expand their existing one.