Please ensure Javascript is enabled for purposes of website accessibility
Log In Help Join The Motley Fool
Free Article Join Over 1 Million Premium Members And Get More In-Depth Stock Guidance and Research
By Selena Maranjian - Mar 1, 2021 at 5:05AM

Diversity isn't just for show -- it's tied to outperformance and superior profitability.

When McKinsey talks, people listen -- right? Well, at least sometimes they do. McKinsey generally ranks at or near the top of lists of the most prestigious, biggest, or most well-regarded consulting firms. It mostly delivers guidance for companies, but it offers some insights for investors, too.

Its "Delivering through Diversity" report from 2018, for example, addressed diversity in management. The consulting firm found correlations between diversity and performance. 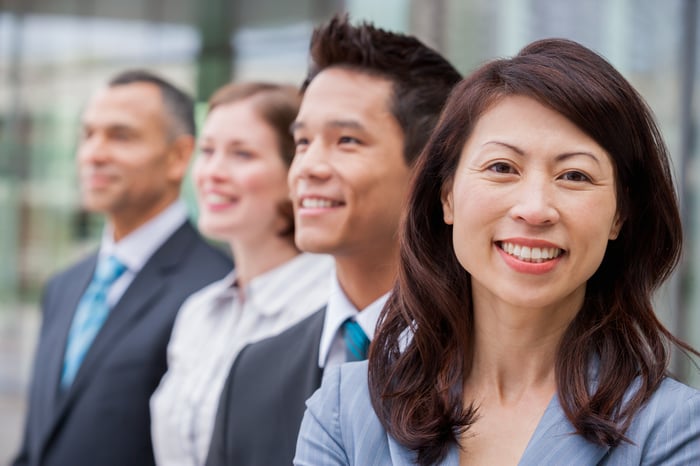 Here are some key findings from the report:

It's clear what companies should consider doing in order to be more profitable: Hire or promote more women and minorities into top positions. We investors, though, can aim to identify promising investments for our long-term portfolios by checking how diverse companies' boards of directors and executive teams are. This is often easily accomplished by checking out the "About Us" nook on a company's website and perhaps clicking on a link labeled "Leadership."

Corporate leadership has been getting more diverse, but it has been happening slowly. Among S&P 500 companies, there was recently an average of 3.2 women directors on boards (out of an average 11.2 people on boards), per a recent Bloomberg.com article. That's 29%.

So which companies are being more inclusive in their boards? Here are some of the best from the S&P 500, per Bloomberg:

And here are the laggards:

And since many investors are particularly interested in tech companies, here are the standouts among that group:

While the tables above are focused on gender diversity, the #BoardForward Diversity Drivers ranking (from 2018), below, uses broader criteria:

It's likely that many of these companies sport even more diverse boards now.

So when you're looking for promising candidates for berths in your portfolio, don't just look for businesses with growing revenue and profit margins -- look at how diverse the board of directors and/or management is.

The U.S. Stock Market Just Did Something It May Never Do Again