High corn prices are supposed to be bad for ethanol producers. What gives?

Shares of ethanol producer Alto Ingredients (ALTO -8.20%) bubbled 11% higher in Monday afternoon trading, reaching a 10.2% gain at the close on what appears to be positive news for the industry -- and just in time for earnings.

Shares trended down in the back half of February as investors worried that high corn prices (up 25% year over year in 2020) might hurt Alto, which processes the grain to produce ethanol for a fuel additive, and as a key ingredient in hand sanitizer and disinfectant.

But there are a couple of possibilities for what could be helping the stock. On the one hand, high corn prices may be driving competitors out of the ethanol business, and handing greater pricing power to Alto. As Agriculture.com reported in January, about 10% of the nation's 200-odd ethanol plants had to idle their operations earlier this year because they couldn't hack the high price of corn, and another 10% scaled back production for the same reason.

Meanwhile, the website also reports today that farmers are reacting logically to high corn prices by planting more corn this year, even though that's likely to increase supply and drive corn prices right back down again. 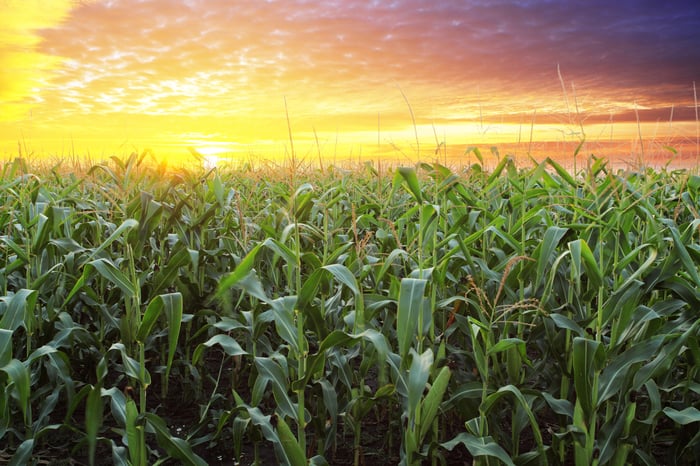 Analysts who follow the stock predict that when Alto's earnings come out in a few weeks, we'll learn that it has reversed its year-ago losses and will report $0.24 per share in profit instead. Even if they're wrong about that (if higher corn prices ate deeper into margins than anticipated), the prospect of more corn being planted, harvested, and processed means that the rest of 2021 could be kinder to Alto, and result in better-than-expected guidance later this month.