Please ensure Javascript is enabled for purposes of website accessibility
Log In Help Join The Motley Fool
Free Article Join Over 1 Million Premium Members And Get More In-Depth Stock Guidance and Research
By Robin Hartill, CFP® - Updated Mar 2, 2021 at 7:16AM

You can still buy Amazon stock at 1997 prices.

As of Feb. 26, Amazon was trading for nearly $3,100 a share. You may think that sky-high price tag means Amazon is out of reach for you -- and perhaps you're tempted to buy penny stocks in hopes of getting lucky on a mega-cheap company with Amazon-level growth ahead.

But here's a better plan: You can still invest in Amazon in penny stock-sized amounts. 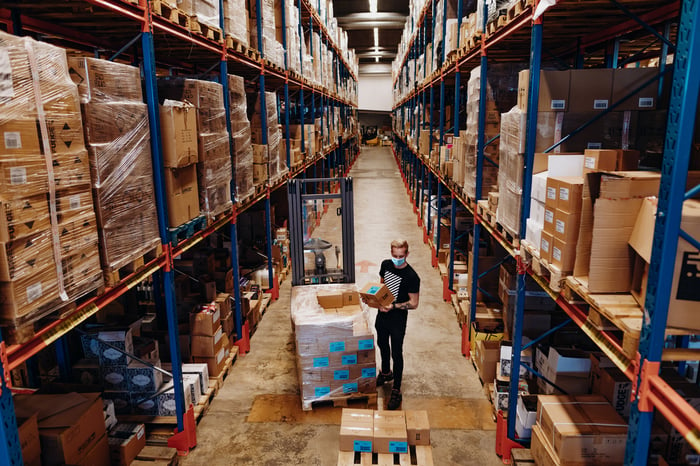 How to invest small amounts in Amazon

Instead of making a huge bet on a stock that's highly unlikely to become the next Amazon, you can invest in the actual Amazon in just about any amount you want. Fractional shares let you invest an amount of your choosing in expensive stocks like Amazon. Some brokerages let you invest as little as $1.

Here's how it works: Suppose you want to invest $10 in a stock that trades for $200. You can invest your $10 and receive one-twentieth of a share. It's a good way for beginning investors to start choosing individual stocks without putting much money on the line. It's also a good way to practice dollar-cost averaging, a strategy of regularly investing a certain amount that typically lowers your investment costs over time.

What's important to know if you're hoping to find the next Amazon is that Amazon was never a penny stock. The term "penny stock" typically refers to a stock that trades for $5 or less -- with many trading for less than $1. They also usually have a market capitalization of $50 million or less. Not only did Amazon's $18-a-share price when it went public put it outside of penny stock territory, but its market cap was already about $438 million back then.

Another important distinction: Amazon was listed on the Nasdaq exchange from the time of its IPO, whereas penny stocks usually trade over the counter (OTC). Buying and selling stocks OTC tends to be much more difficult compared to trading on a major exchange. The Nasdaq and New York Stock Exchange also have stringent reporting requirements. But there's typically far less information available about penny stocks because OTC markets have much looser rules.

The world of penny stocks is highly volatile and rife with scams. Most penny stocks are cheap because the company is unproven or financially troubled. Fractional shares are a much safer bet for your hard-earned cash than penny stocks. Just because you don't have a ton of money to invest up front doesn't mean you can't get a stake in a quality business.