Please ensure Javascript is enabled for purposes of website accessibility
Log In Help Join The Motley Fool
Free Article Join Over 1 Million Premium Members And Get More In-Depth Stock Guidance and Research
By Will Ebiefung - Mar 2, 2021 at 8:30AM

This embattled Chinese coffee shop is staging a turnaround. But is it time to hop on board?

That's a phrase super relevant to Luckin Coffee's (LKNC.Y 0.24%) former, current, and potential future investors who may be considering this stock. The embattled Chinese coffeeshop chain was delisted from U.S. exchanges in June 2020 after it was discovered that previous management fabricated over $300 million in sales and inflated expenses to cover it up.

Now, the company has filed Chapter 15 bankruptcy protection and replaced its management team. For the stores it has in operation, sales are again growing at double-digit percentage rates.

Is it time again to buy Luckin Coffee stock? Let's dig a little bit deeper to find out. 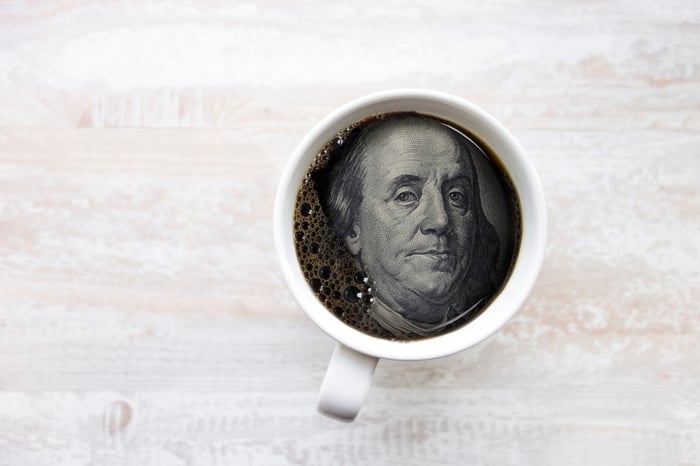 What does Chapter 15 bankruptcy mean for investors?

Chapter 15 is a section in the bankruptcy code covering insolvency cases involving companies with assets in more than one country. Luckin Coffee, which is domiciled in the Cayman Islands and does most of its business in China, filed for this protection in early February to shield itself against legal action from U.S. creditors. This move follows its December 2020 agreement to pay a $180 million fine to the SEC to settle fraud allegations.

In most cases, a bankruptcy filing is the death knell for equity holders. But for Luckin, most of the downside seems already priced in. Shares fell by roughly 85% from their 52-week high of $43 a share in January 2020. And while further downside is possible, management plans to keep the company in operation.

They state the following in a recent press release:

The Company is negotiating with its stakeholders regarding the restructuring of financial obligations, to strengthen the balance sheet and enable it to emerge from the Cayman Proceeding as a going concern.

The business is still growing

According to management, Luckin's bankruptcy filing won't affect day-to-day operations, and all of its China stores remain open for business. While the company faces continued uncertainty because of c-suite drama, numerous lawsuits, and investigations, its operating performance will probably determine which direction the stock is headed over the long term.

Luckin Coffee's last earnings statement dates back to Nov. 13, which covers the third quarter of 2019. However, on Dec. 17, the company's bankruptcy liquidator submitted an unaudited report to the Grand Court of the Cayman Islands that reveals updated financial information.

Luckin has streamlined operations -- evolving from a "growth at all costs" business model to a more targeted expansion. Management conducted store performance reviews and closed underperforming locations. It also strengthened its criteria for opening new stores, targeting areas with the best growth potential. Luckin now reports 3,898 self-operated stores as of November 2020, down from a high of 4,511 in March.

Luckin Coffee stock is a hold

Luckin Coffee's bankruptcy has cleared the way for the company to restructure itself. And its rapid growth rate increases the likelihood that this embattled coffeeshop could transform itself into a viable business when the dust settles. However, investors may want to wait until the bankruptcy proceedings are over before taking a position. Because of its sordid track record and reinforced suspicions about Chinese equities in general, investors should also expect Luckin Coffee to trade at a discount, even as its financial situation improves.