Please ensure Javascript is enabled for purposes of website accessibility
Log In Help Join The Motley Fool
Free Article Join Over 1 Million Premium Members And Get More In-Depth Stock Guidance and Research
By Howard Smith - Mar 2, 2021 at 10:27AM

The provider of hydrogen fuel solutions has announced a handful of strategic agreements this year.

Renewable energy investments have gained in popularity over the past year. The electrification of transportation, along with solar and wind generation, have taken many of the headlines. But hydrogen power has started to gain more mainstream attention, too, and investors have jumped in.

Much of that attention has gone to hydrogen fuel cell maker Plug Power (PLUG 3.82%). After it announced several strategic business agreements, and investors drove the stock up about 1,500% since January 2020, some investors are likely wondering whether the stock is overvalued or just getting started. After a recent 35% correction from last month's highs, now is a good time to decide. 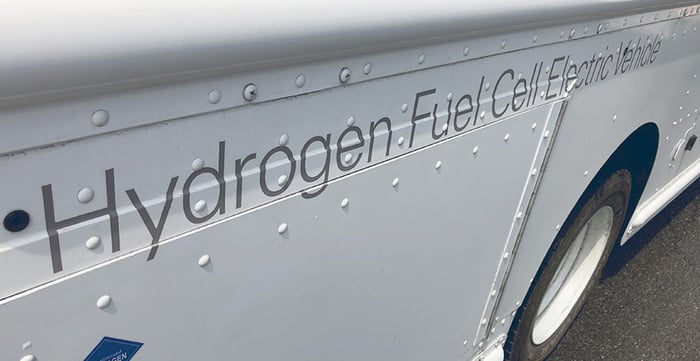 Plug Power has announced several global strategic agreements this year, even as the company also builds its green hydrogen initiatives in the U.S. This week it completed a $1.6 billion capital investment by SK Group that will give the South Korean industrial company a 9.6% stake in Plug Power. The two companies will also form a joint venture (JV) to establish a fuel cell factory and accelerate the expansion into Asian markets, including China.

Last month, Plug Power and French automaker Groupe Renault (RNSDF -3.99%) announced the intention to create a 50-50 JV to integrate Plug Power's fuel cell technology into commercial vans in Europe. The JV seeks to claim more than 30% market share in European fuel-cell-powered light commercial vehicles. And earlier this month, the company said it will partner with Acciona, a supplier of renewable energy infrastructure, to launch a 50-50 JV to serve clients in Spain and Portugal. The venture hopes to gain a 20% market share in green hydrogen business.

Closer to home, Plug Power plans to build North America's largest green-hydrogen generation plant to serve the Northeast. It will use New York State hydropower to make hydrogen, and combined with its Tennessee plant, the company expects to supply 500 tons per day of green hydrogen by 2025. When the new plant is fully built, the company said, it "will offer our transportation fuel customers pricing competitive to diesel." 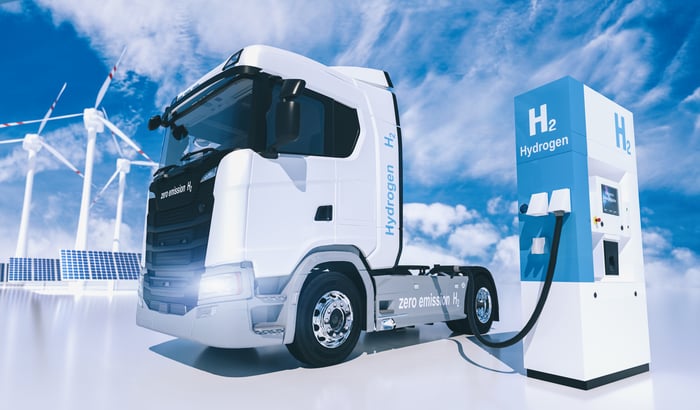 The business deals have led Plug Power to increase its gross billings outlook, too. Though this is more like accounts receivable, and not yet booked revenue, billings grew 42.5% in 2020 compared to 2019. In a recent business update, management raised its target for 2021 to $475 million, representing another 41% increase over 2020. It also raised its gross billings outlook for 2024 by 40% to $1.7 billion.

Plug Power has officially completed its agreement with SK Group, and it seems to have a clear path to begin its partnerships with Renault and Acciona. But even if those plans transpire, there's no guarantee that the company will have successful businesses in these new markets. The company's future outlook is seemingly built on a very optimistic scenario.

But even assuming that all turns into booked revenue, valuing the company today on a price-to-sales basis results in 55 times 2021 sales, and a 15 multiple for 2024. That's pricey even if we knew the sales were guaranteed.

Plug Power has a lot going for it with its potential new partnerships, along with plans that could put it in a good position should hydrogen power really permeate the transportation sector. But there are a lot of questions that need to be answered to get to that point, and today's valuation needs them all to be answered correctly. It's more likely that the stock has further to drop beyond the 25% correction from its recent highs.