Please ensure Javascript is enabled for purposes of website accessibility
Log In Help Join The Motley Fool
Free Article Join Over 1 Million Premium Members And Get More In-Depth Stock Guidance and Research
By Rich Duprey - Mar 4, 2021 at 7:22AM

While the broader market has been on fire, these businesses still represent good values.

If you see a stock that's "on sale" during a massive bull run, you might assume that its bargain status is more an indication of a broken business than a buying opportunity. Something must be wrong with a company if it's not participating in the market's broad gains.

While that can be true, the market doesn't always accurately value every company, and there are many times when it overlooks businesses that are poised to benefit from grand opportunities. These three stocks could be just such cases. 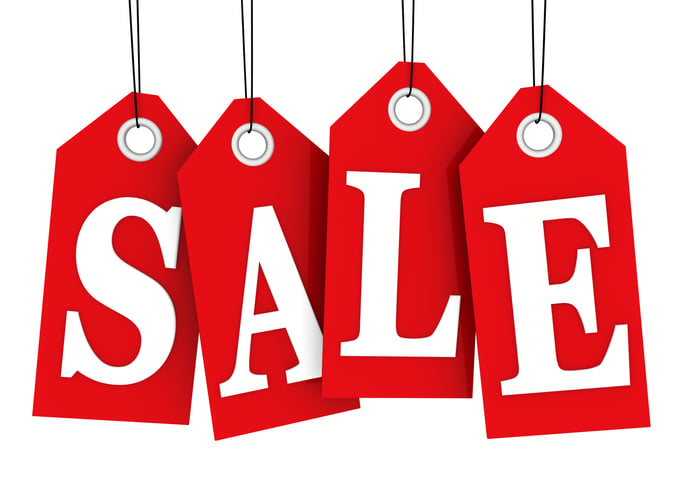 Despite the fact that they've been providing a vital -- and largely uninterrupted -- service amid the COVID-19 pandemic, supermarket chain operators have all underperformed the S&P 500 by wide margins over the past year. But that doesn't appear to reflect how they are doing as businesses.

As location data analytics firm Placer.ai notes, traditional grocers like Albertsons (ACI 3.49%), Kroger (KR 4.42%), and Publix had a "huge year" in 2020, with store visits up over 5% from 2019, and it looks as though that may continue in 2021. Yet supermarkets -- and in particular, Albertsons -- trade at discounted values. Albertsons goes for 9 times next year's earnings estimates compared with Kroger at 12 times estimates and Walmart at 22 times. It also is better valued relative to its sales.

Albertsons recently beat analysts' consensus earnings estimates and raised its guidance for the year. And its adjusted margins for earnings before interest, taxes, depreciation, and amortization (EBITDA) improved to 6.3% from 4.5% a year ago.

With consumers still working from home, and eating much more at home, the grocery industry is ready for further gains. And given that Albertsons is the most attractively valued stock of the bunch, it may be the ripest fruit to pick.

Although the share price of recreational vehicle retailer and lifestyle leader Camping World Holdings (CWH -0.50%) drove into the ditch at the onset of the pandemic, it did steer itself back out of trouble. Indeed, its shares soared almost 1,000% in the months after, and are now trading at more than double where they began 2020.

But over the last six months, it has largely traded around $30 a share and most recently tumbled 14% in one day to revisit that level after reporting earnings that actually beat expectations.

The RV retailer benefited from people's common desire to get away while the pandemic made many other options unsafe or unavailable. And as yet, there doesn't appear to be any slackening in the desire to live the RV lifestyle. Camping World CEO Marcus Lemonis said the industry has been "robust for decades" and its latest quarterly report only underscored that strength.

The business's momentum continued in the early part of the first quarter, and management has forecast that its full-year adjusted EBITDA will jump 22% in 2021 to as much as $690 million, a significant increase over the 5% rise it previously expected.

The RV retailer trades at just 8 times projected earnings, a fraction of its earnings expected growth rate and sales, and goes for just 4 times the free cash flow it produces. Camping World looks ready for a new run higher.

The marijuana industry has been through both highs and lows over the past year amid the nation's halting progress toward legalization. Investors looking for safer bets on the future of legal cannabis might appreciate businesses like GrowGeneration (GRWG -2.47%) that are essentially the pick-and-shovel sellers to the pot growers.

Like those long-ago entrepreneurs from the Gold Rush who made their fortunes selling the tools that miners needed to search for the precious metal, GrowGeneration is creating a solid business providing the specialized equipment today's marijuana cultivators require.

It's not shy about its growth-by-acquisition strategy. It recently bought its third business this year, further expanding its hydroponic footprint in Colorado and Oklahoma.

It has been a successful endeavor so far, and GrowGeneration reported record revenue and earnings last quarter on a phenomenal 63% gain in same-store sales. Sales are expected to nearly double again in 2021 to as much as $350 million. And as more states legalize marijuana, expect the company to expand its footprint further.

There's no question the market has recognized GrowGeneration's opportunity. Investors have bid up the stock by more than 800% over the last 12 months, so it's not the typical "bargain" stock you might expect. But in the wake of its recent price plunge of about 30% from the record high it hit just last month, investors have a better opportunity to buy into a business that can prosper no matter which marijuana companies ultimately come out on top.