Please ensure Javascript is enabled for purposes of website accessibility
Log In Help Join The Motley Fool
Free Article Join Over 1 Million Premium Members And Get More In-Depth Stock Guidance and Research
By Rhian Hunt - Mar 4, 2021 at 8:56AM

Many football games would appear on Prime Video if the deal goes through.

Inside sources told The Wall Street Journal Wednesday afternoon that the NFL and giant technology company Amazon (AMZN 3.15%) are in the process of working out a deal for exclusive game broadcasting on Prime Video. While the details are still being worked out, the new plans could be finalized sometime during the week of March 8, according to the unnamed sources.

Amazon is specifically zeroing in on the NFL's Thursday night games. Many of these games, under the terms of the agreement, would thereafter appear only on Prime Video and on local television networks in the area where the game is being played. Fidelity notes even if the partnership is finalized, Amazon won't gain exclusive Thursday night game broadcast rights until some point following the 2022 season, when Fox Corporation's (FOX 3.00%) broadcasting contract for those games ends. 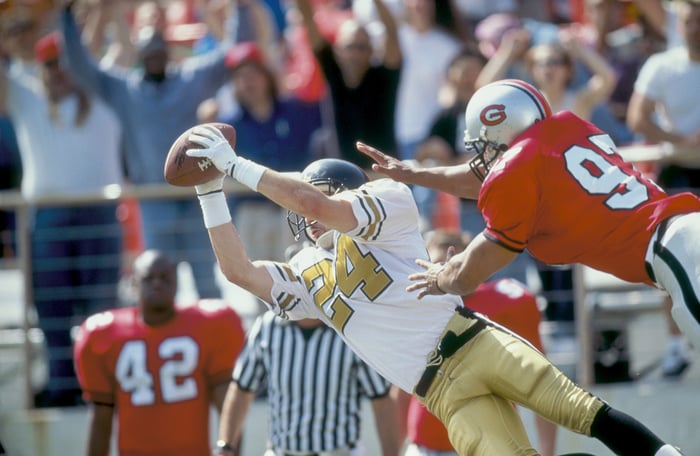 The exclusive broadcasting rights would reportedly cost Amazon more than Fox is currently ponying up, according to the same sources. While Fox pays $660 million each season for its Thursday night NFL deal, the payment would rise to approximately $1 billion per season should Amazon takes over. The NFL also plans to hike its prices for other television networks broadcasting its Sunday and Monday night games, in many cases doubling the fees.

Amazon Prime has, of course, been in the streaming business for years. However, a previous attempt to stream an NFL game resulted in extremely low viewer numbers compared to major sports TV network broadcasts, Fidelity says. The move does appear to be in line with Amazon's strategy of expanding its available major content, which has even led to rumors the tech giant might acquire ailing theater company AMC Entertainment Holdings.